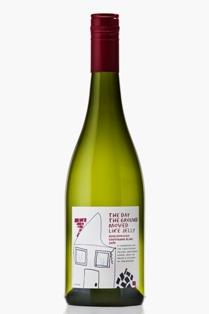 The Christchurch Mayoral Earthquake Relief Fund will be boosted this week by more than a quarter of a million dollars donated by The Mud House Wine Group.

‘The Day the Ground Moved Like Jelly’ initiative was facilitated by Mud House Wines and has raised more than $269,000 for the Christchurch Mayoral Earthquake Relief Fund in an effort to rebuild the stricken city.

The initiative began just days after the September 2010 earthquake and saw the launch of a special blend of Marlborough 2010 Sauvignon Blanc. The new wine also featured a distinctive label – a drawing by 8-year-old Christchurch student Bella Kingi of her home following the earthquake.

Christchurch Mayor Bob Parker described the initiative as “wonderful” and says the money raised will help rebuild the Garden City.

“I’m humbled by the wonderful, heartfelt support this city has received from all around the country and this initiative was another example of people’s generosity and desire to support our beautiful city in its time of great need,” he says.

“We hope that our contribution will help to rebuild Christchurch and the lives of its people who have shown remarkable bravery during these tough times.”

“The money raised will help us to rebuild this very special city of ours – the resilience shown by the people of Christchurch will ensure the city is stronger and more beautiful than ever.”

Marlborough Mayor Alistair Sowman says it was inspiring to see so many people throughout the country support the campaign.

Mud House Wines led the fundraising project with numerous production, packaging and freighting companies also coming on board to offer their assistance.