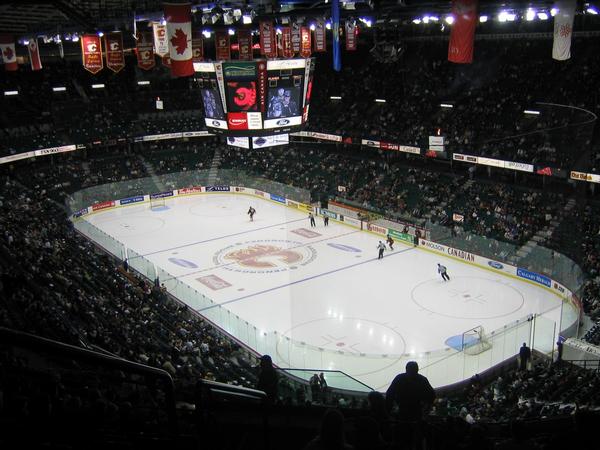 The best nations in ice hockey, the world’s fastest team sport, will be showcasing their talents in a specially imported $4.2m ice rink in July and August. Three exhibition games between USA and Canada, the world’s top ice hockey nations, will be held in Auckland, Christchurch and Dunedin in what will be the biggest games of ice hockey ever seen in this country.

A 60m by 30m portable ice rink holding 250,000 litres of water is to be specially imported from Amsterdam for the events.

Promoter Craig Douglas, director of Christchurch-based event management promotions company Douglas Webber Events, says the rink is the largest of its kind in the world, and will be transported throughout the country in nine 40 foot containers.

“Fifty staff will be employed to lay the floor and erect the dasher boards and glass bunting. This floor will take 48 hours to build and freeze and will cost $2000 a day to maintain.”

The games will attract an estimated 25,000 spectators to witness special effects with the tour being lead by Colorado Avalanche defender Kyle Quincey. Kyle has played more than 500 games in the NHL and is considered one of the best in the business.

“Sound and lighting effects, pyrotechnics and flamethrowers are just the beginning. Sports fans will witness all the action and aggression live on the big screen, with slow motion replays, getting up close and personal.”

Douglas says it is hard to grasp the enormity of these world class hockey countries (USA & Canada), which sell out stadiums of 20,000 people every night.

“For these players to come here to New Zealand is a massive privilege. The infamous rivalry between these two nations won’t be left at home.”

The games will be held in Auckland’s Vector Arena on July 23, Christchurch CBS Canterbury Arena on July 30 and the Dunedin Ice Stadium on August 3. All games will be filmed for international television and screened in New Zealand, Canada, the United States and Australia.