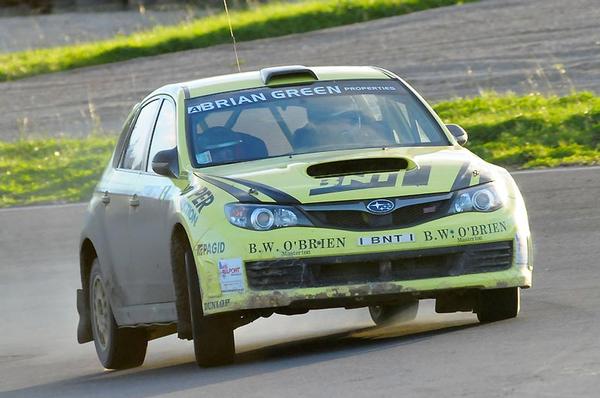 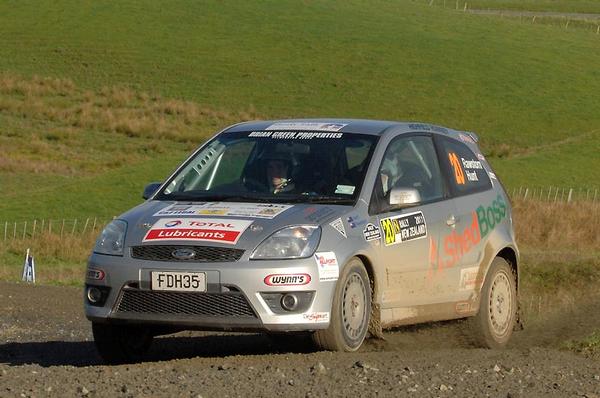 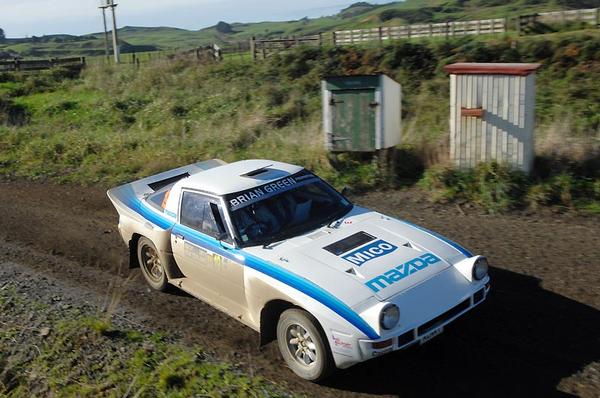 Two-time New Zealand rally champions Richard and Sara Mason are the odds-on favourites to take victory in Rally Wairarapa, their home event, which runs this weekend, 28 and 29 May.

The Trusthouse Racetech Rally Wairarapa is the third round of the 2011 Brian Green Property Group New Zealand Rally Championship and pitches the Masterton couple against fellow top runners Emma Gilmour, from Dunedin, and Rotorua’s Dean Sumner in the premier Group N four-wheel-drive category.

The Masons have the points’ advantage this weekend with the current NZRC Gold Star rally driver’s championship leader, Hayden Paddon, away competing in the Production World Rally Championship category at Rally Argentina. Paddon amassed 256 points by winning the first two NZRC events, Rally Otago and Rally New Zealand, while the Masons are second 186 points. Gilmour is poised to improve her standings from third place with 154 points currently to her credit, and Sumner is not far behind in fourth with 128 points.

Mason says he sees Rally Wairarapa as a good opportunity to get into the lead of the New Zealand Rally Championship. “At the same time we always like to put on a good show for our home crowd. Although we will be striving for a win, with the current NZRC points’ structure, finishing is paramount,” says the BNT Subaru driver, who has won the NZRC category at Rally Wairarapa five times in recent years.

Each NZRC event offers a maximum of 128 points to a driver who can deliver the perfect result. Points are awarded for the finishing position on each day of the two day rally with additional points distributed based on the driver’s overall finishing position.

Mason adds: “We’re always working on improving the car’s and our own performances. At Rally New Zealand we started to pinpoint some areas of handling which improved our stage times quite dramatically. We have also had some gains in engine performance since the start of the season so we look forward to seeing how this reflects on stage times and records on an event we know so well.”

Sumner didn’t finish Rally New Zealand, having crashed, but held onto fourth on the leader-board. The ITM Mitsubishi driver says it’s maximum attack for him and co-driver Paul Fallon, from Taupo, at the Wairarapa event. “With the new points’ system this year, we have nothing to lose,” says the 32-year-old who won his first NZRC title last year.

The 23-year-old says he’s again focussed on winning the 2WD championship class. “I want to extend our lead in the class and also bring The Shed Boss Ford Fiesta home as the first 2WD car overall and, as a personal goal, keep ahead of the historic class Mazda RX7 of Marcus Van Klink. I love Rally Wairarapa and have always had a good run here; the roads are fantastic and are some of my favourites.”

The organisers of Rally Wairarapa run the historic cars in a separate event, the Malcolm Stewart Classic Rally, which ran very successfully for the first time in 2010.

Kaiapoi’s Marcus van Klink is the favourite for this class. The Mico Plumbing Group B Mazda RX7 driver heads the points-table and with other leading historic drivers – Clinton’s Derek Ayson, Christchurch’s Jeff Judd and Paraparaumu’s Shane Murland – out of action for this event, van Klink looks to have a clear run for the Malcolm Stewart Trophy.

“We’re certainly aiming to win the Malcolm Stewart Trophy and to be the first 2WD car home overall,” says the 37-year-old who rates the Wairarapa event as his favourite. “It’s an extremely well-run rally and has great roads. They also make sure the classic field is well catered for.”

After Wairarapa, the NZRC continues with the International Rally of Whangarei on 15 to 17 July and concludes with Rally Hawke’s Bay from 20 to 21 August.

More details, including results and news, are on the NZRC website – www.nzrallychampionship.co.nz – and fans can also find out more information about any of the events on the New Zealand Rally Championship Facebook page.