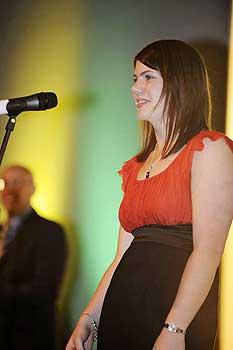 A Bachelor of Communication graduate has won a national award for a public relations campaign that promotes the value of quality childhood education.

Ms Koehler has worked at Palmerston North design agency Blacksheepdesign since she graduated last year and says there is no doubt the skills she learnt at Massey were benefiting her in the workplace.

“Taking on an autonomous communications role straight out of university was a big step, but I felt confident that I could do it because of the breadth of knowledge I’d gained at Massey,” she says. “I found Massey lecturers to be extremely supportive throughout my studies. They consistently worked to ensure students had every opportunity to experience how their skills and qualifications could be applied in the professional arena, often giving up their own time to do so.”

Ms Koehler, who majored in public relations, says this had been the first real opportunity to apply the skills she had learnt at University in the context of an ongoing communications programme.

“I guess I followed the planning models taught in PR practice and management papers,” she says.

“Obviously the ongoing success of the Ruahine Kindergartens project speaks to the hard work of the whole Blacksheepdesign team, but it also speaks to the relevance of Massey University’s Bachelor of Communication.”

Tactics were designed to unite all 25 kindergartens, maximise opportunities for positive media engagement, strengthen community ties and position the association as a leader in early childhood education.

Judges described the project as “a very professional, thoroughly researched project, cleverly planned and well executed with results reflecting that”, and commended its strong focus on relationships.