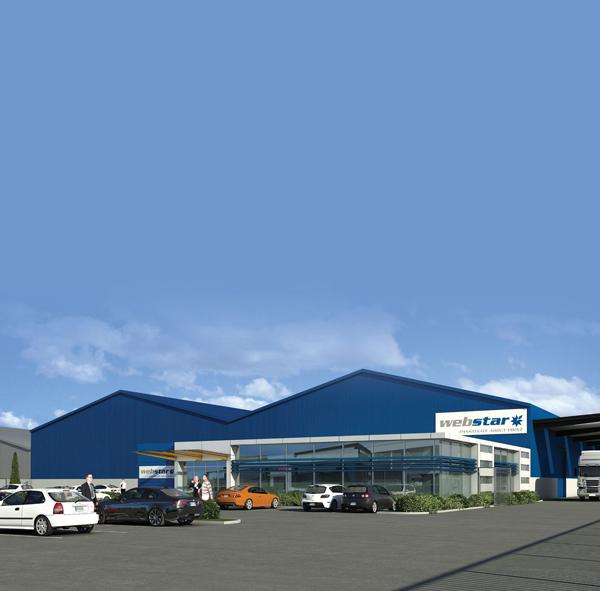 In one of the biggest industrial leasing transactions concluded in recent years, the Webstar printing company will occupy close to two-thirds of a 23,800 sq m previously vacant industrial complex at 114-152 Swanson Road in the Auckland suburb of Henderson.

The long-term lease of approximately 13,500 square metres of industrial, office and amenities space was negotiated by Bill Fenton and Andre Siegert of Bayleys’ Auckland leasing team.

Bill Fenton says the lease is a good sign that the property market is moving again.

“We’ve definitely noticed a pick up in leasing activity over last six months or so - either as a result of businesses taking advantage of attractive relocation opportunities or because of genuine expansion, which is the case with this lease,” he said.

Extensive work has been undertaken on the interior of the Swanson Road building to accommodate Webstar’s operation - including sinking some 60 24metre long i-beams vertically into the concrete floor to support two large Rotoman presses imported from Switzerland.

Webstar, which is part of the Bluestar print group, is the anchor tenant in a new industrial estate planned for the site which was acquired late last year by development company McDougall Reidy and interests associated with Haydn & Rollett Construction.

The balance of approximately 8,000 sq m of warehouse, office and amenities space in the complex can cater for a variety of tenancy sizes. There is also around 1.3 hectares of surplus land on the 5.8 ha site which we will provide design build options for tenants or owner occupiers wanting brand new purpose-built premises.

Nick Cobham, development manager for McDougall Reidy says it’s no secret that the property market, like so many sectors of the economy, has been impacted by the downturn of the past couple of years.

“Webstar’s expansion of its manufacturing operations to Auckland is not only a boost for the development industry but an encouraging sign that things are on the improve. Securing a substantial tenant of the calibre of Webstar has enabled us to breathe new life into a previously vacant, good quality building and proceed with the development of the industrial estate.”

The Swanson Road property was previously owned and occupied by SCA Hygiene Australasia and used for paper product manufacturing operations. The original factory and warehouse buildings on the site were constructed in the 1970s by Caxton, with a significant enlargement added in 1987.

Bayleys’ Roger Wilson who sold the property and is also involved in its leasing, says the buildings on the site have been fastidiously maintained over the years and are in excellent overall condition. He says the property’s “Working Area” zoning permits a wide range of commercial and industrial activities.