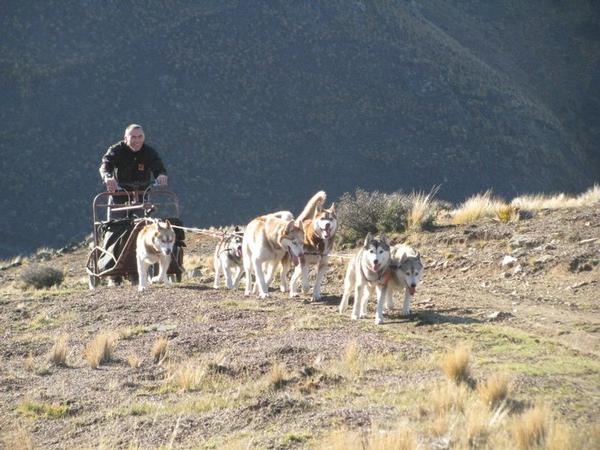 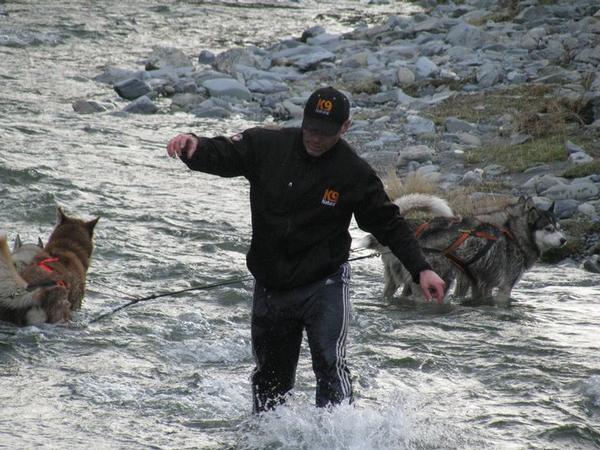 About 50 people and more than 100 dogs will take part in the gruelling New Zealand sled dog championships in the Kaiangaroa forest near Taupo next month.

One of the teams of (six) huskies will be pulling more than a quarter of a tonne around an 8.5km course. This is the 10th year of the nationals and the four and six dog freight events will be the toughest on in the July 23rd championships.

``Those races will cover 8.5km and will take just over half an hour,’’ current national four-dog freight team champion Mark Roberts of Christchurch said today.

``My dad spent time in Antarctica in the 1960s working with sled dogs, so I’ve always been interested in them. Earlier this year I did a tough overnight trip in Central Otago and the dogs covered 50km in two days. The dogs had a lot of deep river crossings and thick mud and rocks to contend with.

``My event is the most difficult because the dogs are pulling140kg in weights, plus the 40kg cart and me which totals 260kg, or over a quarter of a tonne. It’s tough for me too because if I’m working up a hill or through mud I have to get off the cart and work with the dogs.’’

Other dogs competing in sled dog sports in New Zealand include Pointers, Alaskan Malamutes, Huntaways, Weimaraners and a range of other dogs and cross breeds.

The course for the championships is on typical undulating forestry trails with a mix of pine needles, gravel, and occasional puddles on a clay/pumice base.

Roberts said he trained his team of six Siberian huskies dogs five days a week for up to 13km a day. He won the four-dog freight title last year and this year he hopes to win the national six-dog freight event next month.

All his dogs eat K9 Natural dog food which is a species appropriate diet and contains raw fat for energy and excellent sources of raw protein to help build muscle and develop strength and endurance. He said they could not compete at the highest level if they were not on the K9 Natural diet.

K9 Natural is the only fresh raw 100 percent complete diet sourced from New Zealand animals deemed fit for human. Last year K9 Natural was named one of the top 10 fastest growing companies in New Zealand and they are now exporting to 23 countries.

K9 Natural’s founding director Geoff Bowers of Christchurch is a former British marine and police dog handler who spent three months living with wolves in Alaska. Bowers has eaten raw and freeze dried K9 Natural dog food to highlight the quality of the product. Bowers said the DNA showed dogs were 99.8 percent wolf and their digestive system was exactly the same, so it made sense to copy the diet of the wolf.

The Christchurch company aims to feed up to one percent of the world's 200 million dogs, for which it would produce 250 tonnes of K9 a day. The global pet market is a very competitive industry, worth around $US2.2 billion a year.