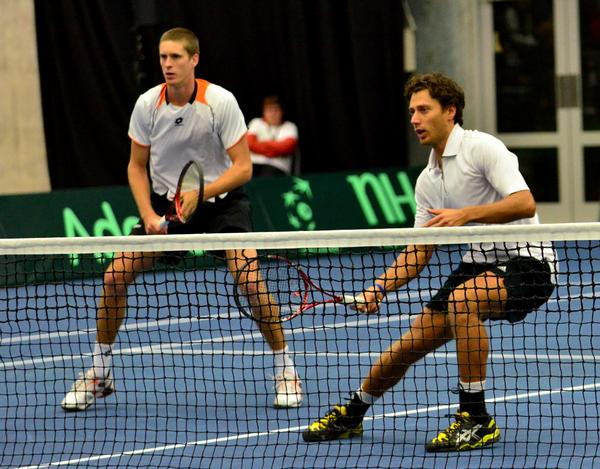 Day two doubles played between Artem Sitak and Marcus Daniell of New Zealand against Cecil Mamiit and Ruben Gonzales of the Philippines.

The first set was very even with both sides giving everything with the set being tied up at 6 games all sending it to a tiebreak. New Zealand picked up a gear and easily won the tie break.

The Philippine players then seemed to tire and New Zealand to allow Artem Sitak and Marcus Daniell to dominate the next two sets 6-3 and 6-2. This gave New Zealand the match and the Davis Cup tie to lead 3-0 with only the reverse singles matches to be played.