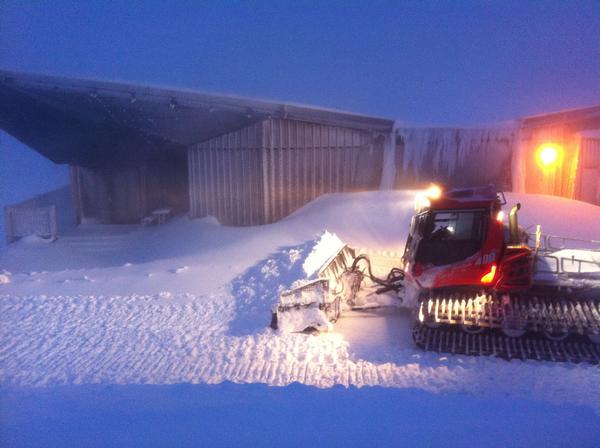 Snowy conditions at Mt Ruapehu in the past week have caused the snow base at Whakapapa Ski Area to soar past July 2010 levels.

Snow at Knoll Ridge, Whakapapa has now reached greater levels than during the entire month of July last year.

As of today, the snow base at both Turoa and Whakapapa Ski Areas has cracked the 1m mark and is expected to climb with the snow storm forecast through to Thursday.

Dave Mazey, general manager for Mt Ruapehu is delighted the snow dump has come just in time for the school holidays.

“Mt Ruapehu has seen a superb kick off to July with a huge amount of fresh snow setting us up for an even better season than last year. Best of all, the weather is predicted to clear later in the week and we expect a beautiful start to the school holidays.”

Once the dense weather settles, Mr Mazey says weather trends are on track to match the winter of 2008, the best snow season in a decade.

“I would encourage families and snow lovers to make the most of the new snow now that it’s arrived. Along with Mt Ruapehu’s world class facilities, we have fun new Disney Club Penguin activities in place to keep the kids occupied during the holidays.”