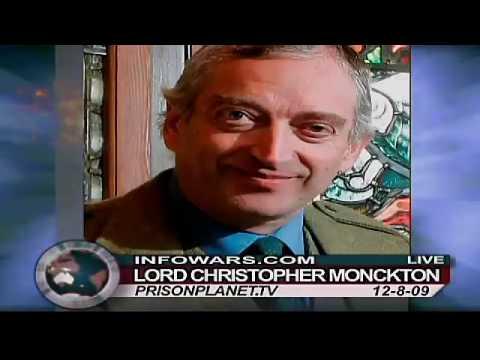 Lord Christopher Monckton of Brenchley, who has advised Prime Ministers, Presidents and a range of Governments around the world, will come to New Zealand and be available for public meetings from the 4 -7th of August to talk about the great global warming swindle.

At this stage someone is required to organise venues/publicity & media logistics for his presentations and other events in Auckland and Wellington, (or be happy to contract an organisation to do this). If you can help, please contact Neil and Esther Henderson via the Climate Realists Website: http://www.climaterealists.org.nz). Thank-you.

Details of Lord Monckton's tour are available through the No Carbon Tax website: http://www.nocarbontax.com.au/anti-carbon-tax-rallies/

This video below shows Lord Monckton speaking to an audience in Sydney, Australia at the Wesley Theatre on the 7th of July, 2011, on the topic of the great global warming swindle.

He has twice spoken before representatives of the Chinese Government, one of whom asked for copies of his papers on climate sensitivity for forwarding to Peking, saying that his research conclusions had major implications for China. He has also prepared a brief on the climate for Canada's Prime Minister.

Lord Monckton continues to expose the truth behind the climate change fraud throughout the world. We thank him for travelling to Australia to spread the message as we stand at the eleventh hour, with the carbon tax sword hanging over our heads.