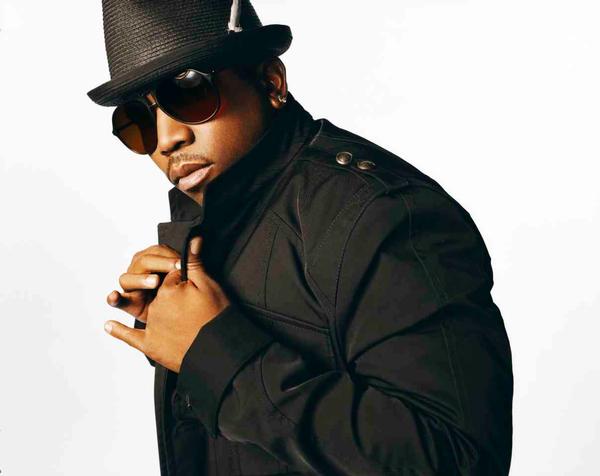 Outkast’s Big Boi is all set to play his one-off New Zealand show this coming Thursday 25 August, which will now take place at Auckland’s Powerstation.

All tickets previously brought from Ticketek and Real Groovy for the Logan Campbell Centre will still be valid for the show, with tickets on sale from 10AM tomorrow from ticketmaster.co.nz for the new venue.

Check out Big Boi’s personal message to NZ fans to reassure them he’ll be here on the 25th:

Don’t miss your chance to witness history and get up-close to the legend himself.

On August 25th New Zealand audiences will finally bear witness to Big Boi, one half of Outkast and universally counted as amongst the most creative and admired voices in hip hop. Big Boi has known immense commercial success, with Outkast selling over 25,000,000 albums - behind only Jay-Z, Tupac and Eminem on the all time list for hip hop artists - but he has never once deviated from the hazy, funk-and-jazz informed vision that he and partner Andre 3000 conceived 20 years ago in the United States’ deep South.

Bringing some of NZ Hip-Hop’s finest together, Homebrew, Savage and the Deceptikonz, PNC, and DJ Sirvere with Deach will take the stage as the support acts for Big Boi’s up-coming New Zealand show.

Big Boi was born Antwan Patton in the Frazier Housing Projects of Savannah, Georgia, one of 11 children in a house immersed in music. His grandmother played everything from Parliament to Kate Bush - the latter still Big Boi’s favourite female artist - and the kaleidoscopic breadth of that palette seeped into his blood and never left. After moving to live with an Aunt in Atlanta Big Boi and Andre 3000 met at a high school for inner city kids with an interest in performing arts, and became fast friends thanks to their mutual obsession with fashion and music.

They formed Outkast not long after, and were signed to LaFace records, at the time one of the most important labels in black music. Hip hop at the time was dominated by music from New York and Los Angeles - there had never been a significant hit from the southern states - and the prevailing thought was that music from the area would always be backward and unsophisticated by comparison to its coastal cousins.

Outkast obliterated that flimsy preconception with a series of albums which showed breathtaking artistry and an ability to pour the infinite regional varieties of Southern music into their own - you would hear everything from bounce and go go to folk, reggae and blues in their earthy sound. In an era when much chart hip hop was slick and empty Outkast created a striking modern soul music that engaged both critics - who adored Outkast from the first - and an increasingly large commercial audience.

When Southern hip hop started to take off and get noticed nationally they kicked up another gear again, with albums Aquemeni and Stankonia spawning hits like ‘Rosa Parks’ and ‘Ms Jackson’ - top 10 singles which raised issues of gender equality and the struggle for civil rights, while still having outrageously catchy hooks.

In 2003 things took an unexpected turn when a pair of solo projects - Big Boi’s entitled Speakerboxxx, Andre 3000’s The Love Below - were released as a colossally ambitious double album. In advance many predicted their demise, and the group were rumoured to be releasing the set as a prelude to a split. It was not to be.

Singles ‘Hay Ya ‘and ‘The Way You Move’ both shot to the top of the charts worldwide, and each set was subject to intense critical acclaim. The set ended up being certified diamond for selling over 10,000,000 copies in the US alone. It was one of the most successful albums of all time, and positioned Outkast at the cutting edge of hip hop, the most popular and acclaimed group from anywhere in the world.

Since then the group have made a strange, psychedelic bio-pic and worked on an associated album, while Big Boi worked on a follow up to Speakerboxxx. Finally released in the middle of 2010 Sir Luscious Left-Foot: The Son of Chico Dusty was immediately hailed as a modern hip hop classic, a funky, stoned masterpiece which reminded listeners of what hip hop was capable of producing. The Guardian marveled that “ideas continually gush forth in a torrent,” while Spin magazine called it “a monster of an album... It takes an extra special sort of swagger to pull this off.”

Now he brings his mesmerising live show to New Zealand, giving his many New Zealand fans a chance to witness the closest thing we’ll ever likely to get to an Outkast tour, with Big Boi playing cuts from both his own solo albums and Outkast’s infinitely deep back catalogue. Big Boi might well be the most consistently critically and commercially successful artist in rap history, and opportunities to get this close to a true legend don’t come along often.