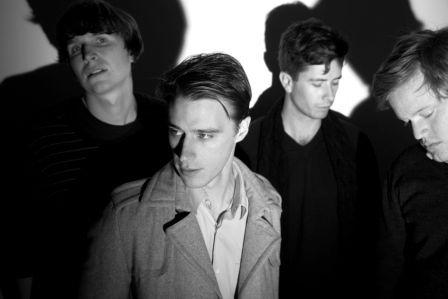 Local alt-rockers Cut Off Your Hands have announced they will play a five show tour of New Zealand in support of the release of their new album ‘Hollow’.

The band has recently returned from a trip to Australia where they played the annual Splendor In The Grass Festival as well as two sideshows with English band Friendly Fires. The five-show New Zealand tour will take Cut Off Your Hands to Wellington, Christchurch, Dunedin and will include both ‘all ages’ and ‘R18’ shows at Auckland’s Galatos Bar. They will be joined by some of New Zealand’s most exciting live acts including special guests Street Chant playing all North Island dates and The Verlaines playing a special Dunedin show.

Cut Off Your Hands recently released second album ‘Hollow’ has been receiving rave reviews across the board, showcasing the band’s developed sound and nodding heavily to their influences of the ‘80s and ‘90s, including such fellow countrymen as The Bats and Bird Nest Roys.

…it is fitting that one of New Zealand’s finest talents in 2011 is looking somewhat to its roots. Rip It Up Magazine

See Cut Off Your Hands play tracks from ‘Hollow’ live:
Tickets from www.undertheradar.co.nz

Saturday 24th September - Sammy's, Dunedin with The Verlaines and guests.