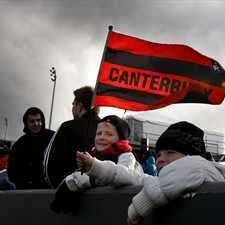 Christchurch will welcome visits from the England and Australian teams during RWC 2011 CREDIT: RWC

England and Australia to visit Christchurch

Tournament organiser Rugby New Zealand 2011 today welcomed the decision of the England and Australian Rugby World Cup 2011 teams to include Christchurch in their Tournament itineraries.

“Both teams were due to play matches in Christchurch, but the devastating earthquake of February 22 of course changed those plans so we are grateful that the team are able to do their bit to raise the spirits of the city,” said RNZ 2011 CEO Martin Snedden.

England team manager Martin Johnson and several team members will spend time in the city on September 7 ahead of their opening match against Argentina in Dunedin on September 10.

Australia team members will travel from Hanmer Springs on September 28 undertake a variety of community activities prior to flying to Nelson for their match against Russia. This will include a tour of the new Fanzone at Hagley Park, a fund raising lunch and school and hospital visits.

“I thank Martin Johnson and Australian coach Robbie Deans for making team members available for these visits during what is an intense time for any RWC team,” said Mr Snedden.

“But I know they will mean a lot to fans in Christchurch and the wider Canterbury area who should have been looking forward to seven RWC 2011 matches had it not been for the tragic events of just over six months ago.”

The New Zealand team has already announced plans to base themselves in Christchurch from September 17 to 20 ahead of their key pool match against France at Eden Park on September 24.

“The New Zealand Government, the Christchurch City Council, the NZ 2011 Office and many others have worked hard to ensure the people of Canterbury can still share in the excitement of this Tournament. The Hagley Park Fanzone, REAL New Zealand Festival events and now these team visits will I am sure help people feel a real part of this fantastic six week celebration that is nearly upon us.”

Christchurch Mayor Bob Parker says, "It was very disappointing to lose our matches, but Cantabrians are still getting into the spirit of Rugby World Cup 2011 and these team visits will certainly help them to feel part of the hype. We look forward to welcoming members from both the England and Australian teams to the Garden City."