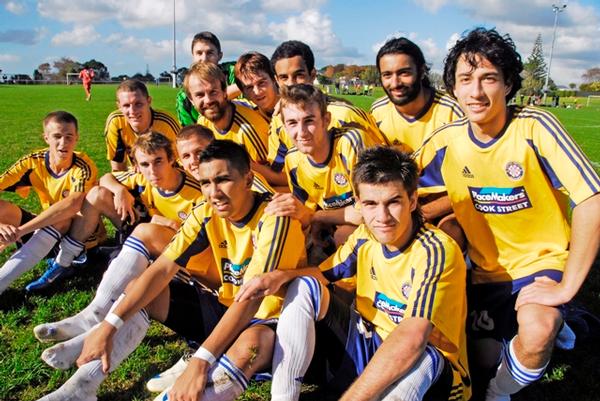 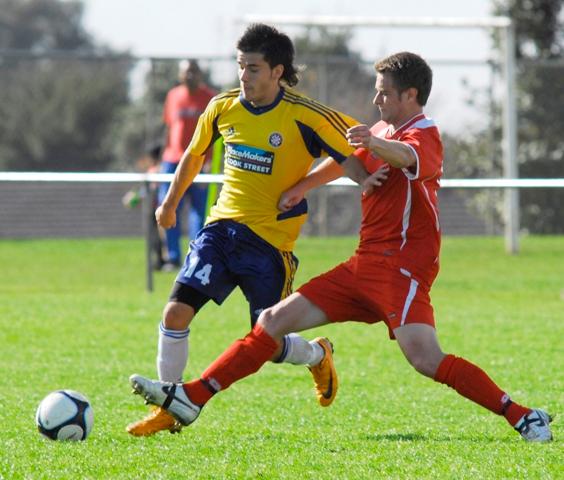 Fast foot work and high level skills are expected when two unlikely teams come together at Western Springs on Saturday, September 17 for a David and Goliath kind of football match.

Kicking off at 4:30pm, the Auckland City Football Club has put together a highly qualified squad to take on the All Refs, a team made up exclusively of highly skilled refugee players now living throughout Auckland.

The squad will take on the Malcolm Pacific ‘All Refs’ which has built up quite a reputation with some of its members having played both at national and international level.

All Ref Walid Omar Hassani (19) has had his fair share of international games and also trialled for Manchester United in 2006. Similarly Mukhtar, who played in the NZ under-17s, has taken on teams in the United States, Australia, Canada and Hong Kong.

The two teams first went head to head last year in a friendly in Mt Albert. More used to playing on pitches made of mud and dust, the largely Afghani under 24 team is excited about this year’s game with coach Shakir Nisar saying spectators will notice a difference.

“Last year it was the All Refs first match against ACFC and communication between the team was poor. This year we’re working harder and better to get a team that communicates and plays well together,” says Shakir.

ACFC squad coach Aaron McFarland believes the All Refs played a ‘highly attractive game’ last year - something the ACFC squad took on board.

“Last year’s event was really entertaining,” says Aaron. “We saw it as an opportunity to work on our possession and play a more attractive kind of game going into the future. This year it comes pretty early in our pre-season so it’s a good opportunity for us to see how some of the new combinations gel.”

Leading immigration consultancy Malcolm Pacific’s operations manager David Cooper and business partner Aussie Malcolm have helped the team members and many refugees by sponsoring team uniforms and fees as part of the Refugees as Survivors programme in Auckland.

“The All Refs has a reputation for being a highly skilled team and this game is a great opportunity for the ACFC to get to know more about the players,” says David.

The game is scheduled for Saturday, September 17 with kick off at 4:30pm at Western Springs AFC – 180 Meola Road, Westmere, No.1 Pitch.