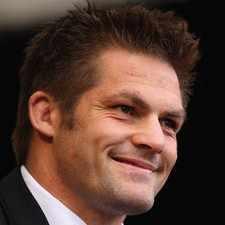 Richie McCaw will be the face of the RWC Christchurch Appeal CREDIT: RWC

The primary aim of the RWC Christchurch Appeal is to specifically help restore Canterbury’s Rugby infrastructure at all levels of the Game. A number of clubs, schools and communities need assistance with the repair and development of Rugby grounds and facilities, while players and clubs continue to face financial hardship as a result of the earthquakes.

The Appeal will play a central role at Rugby World Cup 2011 with promotions run across all 48 matches in stadia, online and in the match programmes. Fans wishing to donate to the Appeal can do so via a simple process at www.rwcchristchurchappeal.com.

Lapasset said: “The response of the global Rugby family to the February 22 earthquake was heartfelt and immediate. Messages of support and sympathy came from all over the world as we united as one behind our friends in Christchurch and New Zealand.

“Over the next seven weeks New Zealanders will be joined by Rugby fans from all corners of the earth to celebrate Rugby’s showcase event. The Tournament will provide an appropriate platform to recognise the ongoing challenges faced by Christchurch and the Rugby community through the RWC Christchurch Appeal.”

“This proud Rugby city and province has lost so much this year, coupled with the disappointment of not being able to hold RWC 2011 matches so this Appeal is a meaningful way for the global Rugby family to come together and do its bit to support those who love the Game there.”

Canterbury Rugby Football Union Chief Executive Officer Hamish Riach said: “Rugby plays an important part in the lives and well-being of many in the city and surrounding province. This community has been badly affected, and many clubs have suffered damage to grounds and facilities, and have seen participating numbers decline due to families leaving the worst affected parts of the city.”

“This Appeal has the potential to dramatically improve Rugby's ability to cope and thrive after the horrors of the earthquakes. More than that, this Appeal can help improve the lives and well-being of the whole community by helping repair the infrastructure of the Game that is so dear to the hearts of Christchurch and Canterbury people.”

New Zealand captain and proud Cantabrian Richie McCaw, who will be the face of the RWC Christchurch Appeal across the big screens in the 12 match venues, expressed his thanks for the Appeal on behalf of the Christchurch Rugby community.

“We really appreciate your help in supporting us to rebuild Rugby in Christchurch through the Rugby World Cup Christchurch Appeal,” said McCaw.

Christchurch Mayor Bob Parker added: “Rugby is such an important part of life in our city which has suffered so much devastation. And in our darkest hours it has brought back some normality to our lives to see our club teams, from five year olds up, out as usual in Hagley Park on Saturday mornings over winter.”

“I congratulate all concerned for this Appeal which will help Rugby clubs, players and administrators to rebuild and repair after the earthquakes and also to assist players and clubs in our region who are suffering financial hardship.”

Five RWC 2011 Pool phase matches and two quarter-finals planned for Christchurch needed to be relocated following the earthquake and the Appeal adds to a number of initiatives by the Tournament Organisers to ensure that the people of Christchurch remain central to the stadium of four million hosts.

For further information on the RWC Christchurch Appeal and how to donate please visit www.rwcchristchurchappeal.com