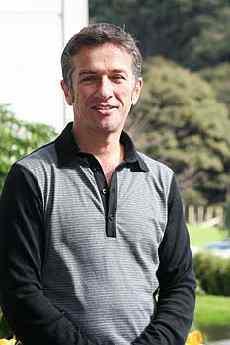 It’s Election year. How boring! National sleep-walking back into office, while Labour has only the hardest of hard-core support to save it from oblivion.

A good proportion of New Zealanders profess disdain for politicians (‘they behave like children’) and disinterest in politics (‘it doesn’t matter who wins, it’s all the same’). And the apparent predictability of the coming election – especially when up against the excitement of the Rugby World Cup – would suggest a relatively low voter turn-out on 26 November.

And many of us won’t have even thought about the referendum on the electoral system. Do you want to keep MMP, or go for an alternative? You can take your pick of four alternatives, but can you even name them all, let alone understand how they work? Probably many people won’t complete that part of the ballot papers.

The pundits are picking that MMP will be retained, as there’s no urgent reason to change. It tends to be conservatives who most dislike MMP or any kind of proportional system. They rather liked the pre-1996 system because it delivered ‘strong government’ (or ‘elected dictatorship’). But, as MMP happens to be working well for the center-right at present, it’s unlikely that the referendum will go against it.

The interesting question for the 2012 election is not whether National will remain in office, but whether they will gain a majority of seats in the House. If they do, and if MMP is retained, then voters will have done two contradictory things: voted for an electoral system that was supposed to prevent one-party rule, and for one party to rule (at least for one term of office).

There may be two distinct thoughts in people’s minds: they want one party to rule so that they don’t have to hear them bickering in public so much; and yet they are also suspicious of handing over the reins to one party on its own. They may like John Key, but he isn’t the economic White Knight they once thought he was, they don’t like asset-sales, they are not happy with progress in Christchurch, etc.

Apathy or wariness among voters could see that promise of an absolute majority for National slip away.

The next big question, then, concerns the smaller parties. Some people complain that MMP gives them too much power, but they have suffered an overall reduction in their total votes. In 2002, the minor parties who actually got seats commanded in total nearly one third of the party vote. In 2008, that proportion was less than 15%.

Elections have almost reverted to a two-horse race, reinforced in voters’ minds by TV debates that feature only the National and Labour leaders, as if we were having a presidential run-off.

The Greens are the only success-story among the smaller parties at present. They have a well-defined brand, and they conduct themselves with high ethical standards. It looks like they will finish relatively well this year, in part due to Labour’s low ebb, and in part due to taking a more centrist stance.

The Maori Party have had a bad year so far, due to a punch-up with Hone Harawira, and the by-election in Te Tai Tokerau. They will have to work hard to establish themselves as ‘the voice of Maori’ alongside Hone’s Mana Party. As in the business world, where iwi corporations are growing fast, we are seeing Maori political parties assert themselves, define their distinctive constituencies, and, in short, become a force to be reckoned with. John Key’s deal with the Maori Party after the 2008 election is just one symptom of this trend.

What can one say about ACT, then? Disaster zone? Grumpy old man zone? It still makes one wince to recall Brash’s brazen take-over of ACT (like a modern docu-drama based on Machiavelli’s The Prince) and his deluded ambition to get 15 per cent of the party vote. John Banks missed out on getting Mayor, but he’ll probably get Epsom, and so he and Don and one or two more will make a party on the far right. Whoever thought that Don Brash would deliver the now-old ‘new right’ from irrelevance was mistaken.

As for Labour, their failure to inspire this term is not as unusual as it may seem. National, under Bill English’s leadership, suffered similarly in 2002, resulting in a humiliating 21% of the party vote. At such moments, up against a popular opponent, nothing seems to work for a party, and then more voters reject them simply because they are low in the opinion polls. It’s the herd mentality.

Let me end by hazarding two predictions. Labour will be back with a vengeance after the Election, once they get a new leader and once National’s policies cause voter-remorse. And Winston Peters won’t be an MP ever again.

Grant Duncan is an associate professor in the School of People, Environment and Planning at Massey University's Albany campus. He co-ordinates papers on politics and public policy, public sector management and law, and contemporary political theory.