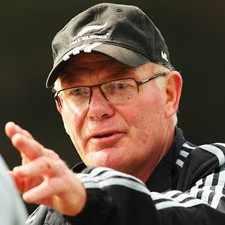 Canada have always prided themselves on producing strong forwards, but scrum coach Mike Shelley is confident intensive camps will have boosted his pack's technical finesse further for Rugby World Cup 2011.

The Canadian team gathered their forwards from across the world earlier this year and brought in the renowned "scrum doctor" Mike Cron to work his magic.

Cron has been tweaking scrums all over the world for 20 years, most notably keeping the All Blacks scrummage on top of international rugby, and has given plenty of confidence to the Canadians in their set pieces.

"We are fitter, have put on more weight. We have had more investment and top coaching. They have fine-tuned all the little pieces of technique, the things we call the one per centers, that they catch in things like video analysis. It's the little things that make the big difference."

Shelley said he believed the scrum had improved dramatically over the past 12 to 18 months, but it would be tested by a front row led by Tonga’s man mountain Soane Tonga’uiha in their first Pool A match on Wednesday 14 September at the Northland Events Centre in Whangarei.

"We're well aware of the strength of the Tongan front row, “ he said. "They have an outstanding loosehead prop and they are going to have it in the size department. So obviously we work with our individual guys and prepare them, but we're really looking to depth in our pack to be as strong as possible."

The key, said second row Brian Erichsen, was "to keep it low and tight. We've got a goal of keeping 90 per cent of possession from the scrums and really using that to drive our play. We've put a lot of work into that."