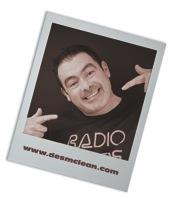 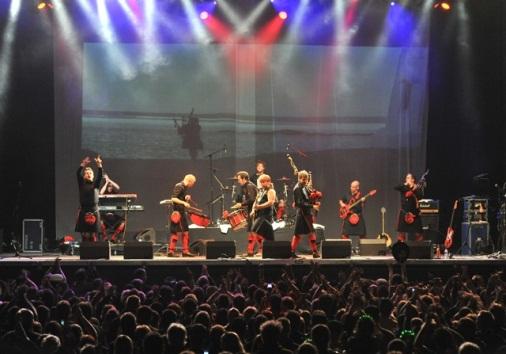 The Red Hot Chilli Pipers bring Bagrock to the masses

Scotland’s Live Act of the Year award winners (2007 & 2010) the Red Hot Chilli Pipers, will embark on their first ever NZ tour which will see them perform in Auckland, Hamilton, Hastings, Wellington, Queenstown, Christchurch and Dunedin this September and October.

An ensemble of pipers, guitarists, keyboards and drummers with musicianship of the highest order and a huge passion for pipes, the Red Hot Chilli Pipers won the UK primetime TV talent show When Will I Be Famous in 2007. They haven't stopped for a breath since (other than to inflate their bagpipes!) and their debut album, Bagrock to the Masses, went platinum in Scotland and was the highest selling album from any act on a Scottish label that year.

A fusion of traditional pipe tunes and contemporary anthems, the classic Red Hot Chilli Pipers sound or ‘bagrock' includes Chilli style versions of Clocks by Coldplay, Queen's We Will Rock You, a rock medley of Deep Purple's Smoke On the Water, AC/DC's Thunderstruck and Scotland’s unofficial national anthem Flower of Scotland.

No strangers to Murrayfield, Scotland’s national rugby stadium, the Pipers often frequent the turf to inspire and motivate team and supporters alike and Flower of Scotland, being Scotland’s emotionally-charged version of the haka, will be heard resonating around New Zealand’s stadia over the next few weeks as Scotland participates in RWC pool games.

Darlings of the UK festival scene and appearing alongside rock group The Darkness (at their T in the Park show) the Chillis have fast become a global phenomenon, rocking from Bangkok to New York and everywhere in between. Now they are bringing bagrock to the NZ masses – and just in the nick of time to support their home team!

Joining the Pipers for shows in Auckland, Hamilton, Hastings and Christchurch is Scottish comedian Des McLean.

Hailing from Glasgow, DES McLEAN is cited by Billy Connolly as being his favourite comedian. Des famously recorded a series of wind-up telephone calls for Radio Clyde that became the most talked about feature on the station, fooling stars like Sean Connery, Rod Stewart and Joan Rivers. The CD releases of these calls and live DVD’s of his stand-up comedy have become best sellers across Scotland.


“No-one falls asleep at a Red Hot Chilli Pipers gig…..The Chillis give the jugglers on the Royal Mile a run for their money and – make no mistake – rock the house!” –
The Herald (Aug 2010)

“They skirled, they marched and most importantly, they rocked” – Edinburgh Evening News (2008)