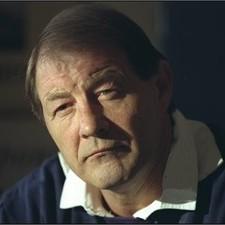 Back in January 1998 Georgia coach Richie Dixon was in charge of a Scotland team that lost 25-21 against Italy in Treviso. At the time, Italy were the strongest European team outside the then Five Nations and the defeat reminded all rugby observers of the Azzurri's growing strength.

The result effectively cost Dixon his job and two years later Italy took their place in the expanded Six Nations.

Fast forward 13 years to Rugby World Cup 2011 and on the other side of the coin Dixon now finds himself in charge of Georgia, Europe's strongest team outside the Six Nations.

Keen to prove their burgeoning force, the Lelos are targeting this Rugby World Cup as a showcase of their abilities. To add some irony, Dixon's charges open their campaign against none other than Scotland.

"I would have preferred not to be playing Scotland," said Dixon with a wry smile of resignation.

But the Scotsman thinks Georgia have a strong chance of putting one over his former employers in the Lelos' Pool B opener in Invercargill on Wednesday.

"In the professional world I'm with Georgia and I think that Scotland is a game where we can really give a good account of ourselves," he said.

After a winless RWC debut in 2003, Georgia recorded their first victory in 2007 by beating Namibia 30-0 in Lens, and came agonisingly close to turning over Ireland in the same tournament, eventually going down 14-10.

Confidence is high and Georgia are ready for the next step - a big scalp.

If experience is a key to that, 64-year-old Dixon's record certainly suggests he's the right man for the job.

A coaching contemporary of fellow Scot and British & Irish Lions legend Ian McGeechan, he was Scotland's forwards coach at RWC 1995 and took over full duties after the tournament, leading Scotland to the brink of a Five Nations Grand Slam in his first season in 1996.

After a decade of rugby development roles with the Scottish Rugby Union and a spell working on behalf of the IRB as the Georgian Rugby Union's high performance consultant, in late 2010 Dixon found himself accepting a full-time coaching offer from the union's passionate president George Nijaradze.

"When I first met them I could see tremendous potential," he said. "I mean genetically they're made for rugby. I tried to look for reasons not to do it and I couldn't find any, so I thought, 'Yeah why not?'"

It is a combination that is proving very effective. In the 10 matches since Dixon took control of the team, Georgia have won nine and lost just one, along the way completing a grand slam to secure a fourth European Nations Cup title, the tier immediately below the Six Nations.

Dixon feels that his adopted nation and his homeland share many rugby characteristics, citing passion for the game, the limited number of playing numbers and their fierce pride in representing the jersey, but there is no question of divided loyalties when talking about the Lelos' RWC 2011 campaign.

"Everything really depends on what happens in the first game," he said. "The first game is so vital in any competition, but particularly in our situation if we can really go well against Scotland."

In 1998 in Treviso, Dixon and Scotland were on the receiving end of a surprise result from one of European rugby's lesser lights. On Wednesday, 14 September 2011 at Rugby Park Stadium in Invercargill, Dixon and Georgia could be celebrating another.