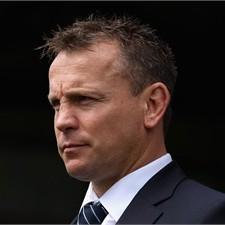 The Russian Bears, the last team to take the field at Rugby World Cup 2011, are finally ready to roar.

Their starting line-up for their match against USA on Thursday is an indication that Russia have their sights set on becoming the first debut nation at a Rugby World Cup to win their opening match.

“This is the best team to challenge the USA,” said team director Kingsley Jones.

“There might be a few changes against Italy, but just for tactical reasons. We respect the US line-up from the start. In the warm-up games they have taken a lot of ball off the opposition team.

“At the start for us, it’s (about) primary possession. We believe we can play rugby and we can cause problems for the opposition team, but without the ball that is going to be difficult. So we want to make sure we secure our primary possession.”

Despite the positive mood in the Bears camp, Jones admitted the management team had suffered a setback to their selection plans ahead of the opener.

“Our second row Andrey Ostrikov has got a minor injury and will not be able to play,” said Jones.

The former Welsh flanker also revealed the coaching team had carefully weighed up their options at full back.

“We were considering putting our youngest player, Denis Simplikevich, in that position but finally decided to choose Igor Klyuchnikov as full back."

Russia captain Vladislav Korshunov outlined how the side had made adjustments since their last visit to New Plymouth, when they narrowly beat an invitational Taranaki side in January.

“We improved our defence, our lineout and we are making fewer mistakes," said the hooker. "I hope this is what we are going to show on 15 September.”

Jones concurred with the view that avoiding unnecessary errors would be crucial to Russia's chances of success on Thursday.

“We have learned that mistakes on this level can cost you dearly. We could see from their (USA's) first pool game that they are well prepared. We understand that they are favourites but we believe we have a chance.”

Russia number 8 Vyacheslav Grachev, at 38 the oldest player at RWC 2011, admitted the players are feeling the pressure as they wait for the big kick-off.

“Our nervousness is growing as the first match approaches. We should overcome it as we don’t want to do badly at our debut World Cup. I hope we can show all our best qualities, our character and ability to fight.”