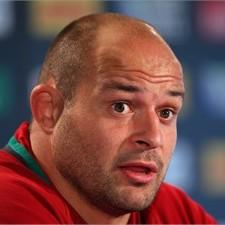 Ireland call in Sherry as cover for Best

Ireland have announced that Munster hooker Michael Sherry will travel to New Zealand as precautionary cover for the injured Rory Best.

Best is still being assessed as he recovers from a shoulder injury he suffered in Ireland's match against Italy on Sunday.

Ireland kicking coach Mark Tainton confirmed on Tuesday that Best was doubtful for the quarter-final match against Wales on Saturday.

"His chances at the moment, they're long. He's doubtful for this weekend but he's not ruled out of the competition," Tainton said.

The 23-year-old Sherry, who will join the team in Wellington on Thursday, has yet to make his international debut for Ireland.