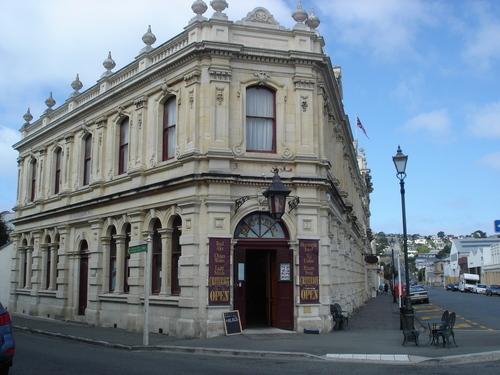 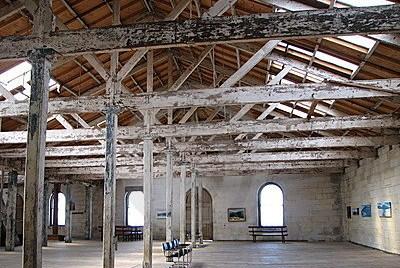 Oamaru – the most wonderfully anachronistic centre in New Zealand

Oamaru is as wonderfully anachronistic as a 21st century tourist attraction as fax machines are to businesses.

The sleepy North Otago settlement has possibly one of the best compact collections of Victorian architecture in the world.

It’s like going back in time and the town itself is embracing the Victorian heritage theme with both hands.

Standing on the cobbled corner of Harbour and Tyne Street, I feel I am flung back 150 years in time among a wealth of historic neo-classical architectural treasures. There is no evidence of anything other than Victorian architecture. It’s Oamaru as it used to be. I amble down the lane with its old rail line still running down the side, where trains collected sacks or grain to be loaded on to bowsprits, spars and fully rigged triple-masters on Sumpter wharf in the harbour under the protection of Cape Wanbrow.

This precinct is New Zealand’s most intact Victorian streetscape. The old precinct area is coming alive again, though nothing has changed on the outside. I look up at the 135 year old Oamaru Mail building. I can sense the aroma of printer’s ink and the whirring press churning out the first edition among the hive of newspaper activity.

Across the road is the Penguin Club where some of the best band and NZ top singers perform. Down the end on the left is the massive old Loan and Merc building, which is currently home to three tenants: the Grain Store art gallery on the top floor; about 160 barrels of the best distilled Otago whisky on the middle floor and Fleur’s other restaurant, the Loan and Merc on the ground floor.
The stairs are worn away in the passages of time by the clod-nail boots of messenger boys, grain merchants and millers.

We tuck into a hearty carvery meal and our fabulous host Ruby gave us the history of the area and their ongoing plans to make the Loan and Merc the focal point of the old precinct. As we washed our meal back with a glass of buttery Spy Valley chardonnay we gazed around the room and little here to suggest we have moved out of the 19th century.

All along Harbour St the Oamaru stone buildings have mostly weathered well with a sense of belonging and a future despite being ignored for much of the 20th century. Harbour St was a place not to go at night in the early 20th century. They called it bad-egg street for the down and out types who could be lurking. These days is regarded as New Zealand’s finest historic commercial streets of its kind – bar none.

Next morning we headed to the best cafe in town, Steam, right next to the railway line over a bridge once reputed to be the widest in the southern hemisphere. At the weekends the tourist steam train full of tourists chugs past the Steam Cafe. Inside, an ebullient Sharyn Hartland looked after us and she must be in the running for the best cafe organiser in the country. Sipping latte and munching through divine kumara fritters we looked up at St Luke's Church on the hill guarding over Thames St.

But I am bewildered by the lack of action by the local authority to make a bigger effort to draw people off state highway one and down to the architectural heaven at the start of Thames St. Tourists reach the Thames Highway-Severn St intersection and head north or south – missing all the best of Oamaru. It’s crazy. The lack of bold signage to the grand old part of town is a mystery. Come on Oamaru - tell the world. Do more to lure tourists.
There is more to Oamaru than just grand buildings. This is home of one of New Zealand’s greatest ever authors, Janet Frame; it is the steampunk capital of New Zealand and it’s also famous for its little blue penguins that put on a show every night clambering out of the ocean and waddling into their nests.