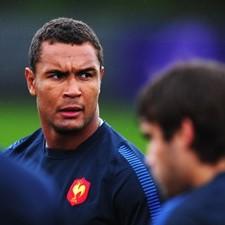 Thierry Dusautoir picked up the IRB Player of the Year 2011 award a day after the RWC 2011 Final CREDIT: Rugby World Cup 2011

A look at the big men who excelled during Rugby World Cup 2011 – did your favourite make the list?

As the old adage goes, “Forwards win you matches, backs just decide by how much.” Perhaps after Rugby World Cup 2011 we can specify a little further and admit that it’s now back-row forwards who decide the outcome of a game. There is no doubt that this was the tournament of the men wearing 6, 7 and 8, which is why they dominate our list of the standout scrummagers, scavengers and carriers of Rugby World Cup 2011.

Yes, the dark arts of the front row will always be crucial, and no side can be truly successful without a decent lineout jumper in their second row, but as the four semi-finalists proved, the importance of a world-class back row has never been clearer.

Disagree? Outraged that your pick of the tournament’s forwards hasn’t even made our shortlist of 10? Let us know in our Dream Team XV poll at facebook.com/rugbyworldcup.

Thierry Dusautoir (France)
Quite simply, one of the best individual performances ever seen in a Rugby World Cup Final. Some truly monstrous hits, a crucial try and inspirational leadership that almost saw France pull off the seemingly impossible. The French captain was also named as the IRB Player of the Year 2011.

Toby Faletau (Wales)
Arrived in New Zealand a prospect – he left a genuinely world-class player. Incredibly, given the amount of work he got through and the fact he started all seven of Wales’ games, he didn’t miss a single tackle. Mind boggling.

Victor Gresev (Russia)
Let’s not forget the so-called little guys – not that there’s anything little about Russia’s number 8. Deservedly named man of the match against Australia, and had Italy rocking with his rampaging runs and ball carries.

Imanol Harinordoquy (France)
At the start of the tournament, found himself on the bench. Suitably fired up, he soon took out his frustrations on England and New Zealand. As immense in the lineout as he was in the loose.

Jerome Kaino (New Zealand)
A monster in defence throughout the tournament (his try-saving hit on Digby Ioane in the semi-final was a thing of brutal beauty), and Dan Carter had picked him out as his World Player of the Year. Quite an endorsement…

Richie McCaw (New Zealand)
With a new generation of number 7s biting at his heels, proved that he is still the best openside in the world by getting the better of David Pocock in that epic semi-final battle. And let’s not forget that he was the man who got his hands on the trophy.

Sean O’Brien (Ireland)
His match-winning performance for Ireland against Australia is reason enough for his inclusion – but only Toby Faletau had more ball carries in the tournament, and O’Brien only played in four matches. Enough said.

David Pocock (Australia)
Bizarrely, proved just what a great player he is by missing the match against Ireland – Australia are just not the same side without him. His 26 tackles against South Africa kept the Springboks at bay and got his country into the semi-finals.

Alisona Taumalolo (Tonga)
The Tongan prop might be surprised to find himself in such exalted company, but his team’s 19-14 victory over a French side that almost won the whole thing needs remembering. And who can forget the relish with which Alisona and his front-row friends hit that last scrum against Les Bleus?

Sam Warburton (Wales)
Aside from performing brilliantly through the pool stages and against Ireland in the quarter-finals, proved that youth is no barrier to great captaincy. Only turned 23 during the World Cup, yet was the driving force behind a Wales squad that became everyone’s favourite second team.

Nicolas Mas (France)
It’s no coincidence that France’s tournament improved significantly the moment this brute of a tighthead prop regained his fitness. Won every man-to-man contest in the scrum in the big games and hit countless rucks like his life depended on it.

Jacques Burger (Namibia)
The Namibian captain lead from the front with courage and tenacity, highlighted by the fact he was the top tackler in all four of Namibia’s RWC 2011 matches.

Go to facebook.com/rugbyworldcup to tell us who you think should be in each position in the RWC 2011 Dream Team XV.