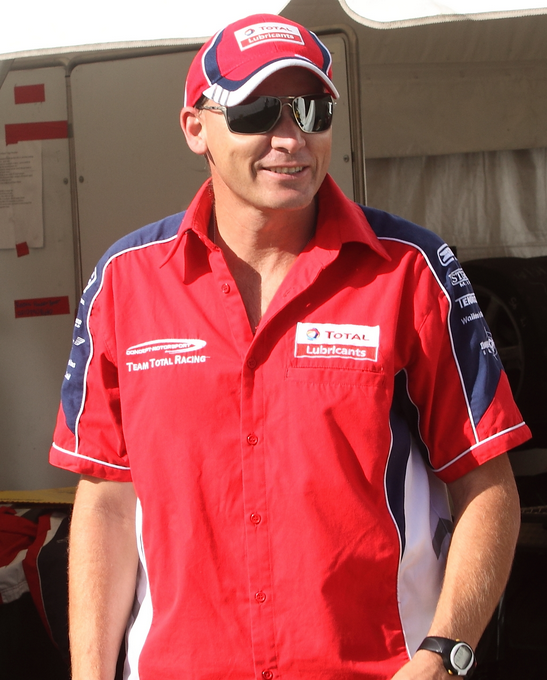 BNT V8s driver Nick Ross looking forward to the start of a new season with a new pitstop format and a new set of targets for hmself and the team. CREDIT: Little Devil Motorsport

The BNT V8s season gets underway this weekend with an action packed meeting expected at Pukekohe Park Raceway. Total Lubricants Holden Commodore driver Nick Ross has set his targets and has his foot at the ready to slam the go pedal into the floor of the race car and get his season off to the best start possible.

"I can't wait for the season to kick off, this season we will be aiming at finishing inside the top five and achieving some race wins." said Ross.

Ross and the Concept Motorsport team placed ninth overall last season inside their target of the top 10 for the 2010-11 championship. A strong placing of sixth overall in the harsh wet and scary conditions at the Hamilton street race in April was a highlight of the season and an excellent way to finish off the team's campaign.

Satisfied with how their season panned out Ross and the team were quick to raise the bar immediately setting new goals after the final at Hamilton and are confident of topping their pride worthy achievement this time around.

"Dale Harvey will be leading the team this year and I have every confidence in him and I'm looking forward to the new pitstops we will be having." said Ross.

A new format for race three of each BNT V8s meeting includes a compulsory pitstop for each driver where they will be required to have at least one wheel fully removed and replaced by their crew providing a challenge for team and driver with added value for spectators at the track or viewing from home.

This season Ross will be supported by the same line up of valuable sponsors as previously with the addition of Connex Wire Harnessing. The car will remain the Total Lubricants Holden Commodore while competing the BNT V8s as part of the Motorsport New Zealand Premier Championship 2011-12.

Round one of the BNT V8s Championship gets underway this weekend at Pukekohe Park Raceway 4-6th November with a test session on Friday, qualifying and top 10 shootout on Saturday and three races on Sunday which will be televised same day on TV3.