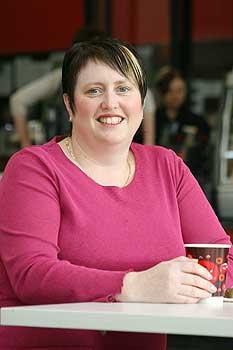 For some time, calls by Retirement Commissioner Diana Crossan to increase the age of eligibility for New Zealand superannuation have fallen on deaf ears.

But thanks to the election, the issue is now in the spotlight, with Labour announcing its policy to raise the age of entitlement to 67.

This is rightly so because the New Zealand population – in line with many other countries – is ageing, and the country cannot afford to maintain support for older New Zealanders at the same level.

At the same time, we do not have the same experience of adverse health outcomes that earlier generations had. So those aged 65 and over are fitter and healthier than their parents and grandparents, and better able to remain in employment.

The retirement policy recently announced by Labour largely adopts the recommendations made by the commissioner. An important strength is the long lead-in time, with no-one expecting to receive New Zealand Superannuation before 2020 affected, and the worst affected would face only a two-year delay in reaching that entitlement, and would receive more than 20 years’ warning. The Retirement Commissioner’s recommendations also include the introduction of a transitional means-tested benefit for those aged 65 who are unable to financially support themselves, which would provide assistance to those adversely affected by the increase in the age of eligibility.

Failure to act soon runs the risk that there is sudden recognition of the need to change the age of eligibility for New Zealand superannuation but the luxury of a long lead-in time is lost. New Zealand would then be faced with a situation similar to that of the 1990s, whereby the age of eligibility must be raised at short notice, with more serious consequences for those affected.

Another issue to consider is the age of eligibility for New Zealand superannuation being optional for individuals, within a specified range of ages, which is being promoted by United Future.

It is important to remember that any change to the age of eligibility for New Zealand superannuation does not actually affect the age at which a New Zealander can retire. It simply reflects the age at which the country will support a person’s retirement. People have always retired according to their personal circumstances, and will continue to do so.

New Zealanders need to recognise that the definition of old age is changing, and that it is not unreasonable to expect people to continue working and contributing to society and to the economy for longer than they may have in the past. It is also better to act sooner at a leisurely pace, rather than delay the inevitable changes that would then have to be implemented in a short time frame.

Dr Claire Matthews is a banking specialist, senior lecturer and director of financial planning in the College of Business' School of Economics and Finance.