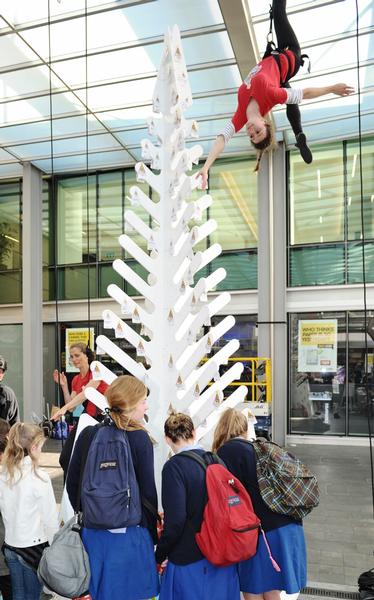 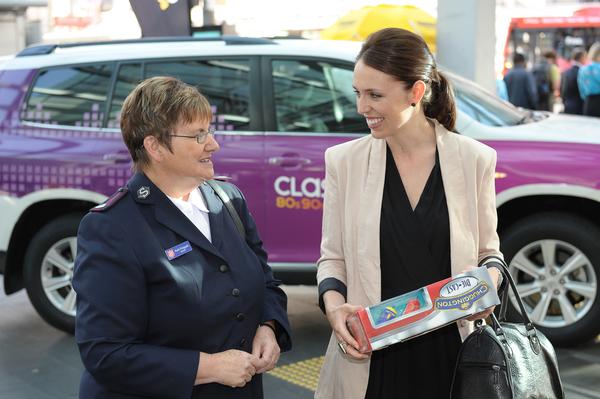 Kicking off this year's Kmart Wishing Tree Appeal, a larger-than-life five metre high tree appeared in downtown Auckland this morning outside Westfield. Instead of ornaments and tinsel adorning the tree, acrobatic angels were suspended high above it in a Cirque du Soleil style. Passers-by wrote down wishes and passed them to the angels who placed them on branches down the length of the Tree.

For the 17th year running, Kmart is asking generous Kiwis to place a Christmas gift beneath the Wishing Tree or make a cash donation in any of their stores nationwide. Gifts and contributions are given to The Salvation Army to distribute to families in need around New Zealand.

“Christmas causes a lot of emotional and financial stress for parents who are struggling to feed their families, let alone buy luxury items like presents. In the past year alone, we have helped more than 140,000* people around the country. 39,500 families have received emergency food assistance through Salvation Army food banks*. We expect, as always, that this need will be at an all-time high over the Christmas period,” says Salvation Army spokesman Major Robbie Ross.

He is also encouraging New Zealanders to revisit the spirit of giving. “We want Kiwis to connect with the idea of wishing for something for Christmas - but not for themselves, rather for others in their local community who may not be as fortunate. The appeal provides immense joy for those in need. The wishing tree symbolises hope and kindness in our community”.

Over the past 16 years the Kmart Wishing Tree Appeal has helped more than 270,000 New Zealanders and last year alone, distributed 30,000 gifts.

“Kmart has a huge focus on this year's Appeal due to the tough economic times the country is experiencing and the dire need our charity partner, The Salvation Army, is facing this Xmas,” says Kmart's NZ Manager, Sue Smith.

“We're hoping for a record 35,000 gifts and gift cards to be placed under the Kmart Wishing Tree between now and Christmas Eve for distribution to needy families,” she adds. “And if people cannot make it to a Kmart store to donate, they can simply make a contribution to the Appeal online at http://wishingtree.kmart.co.nz.”