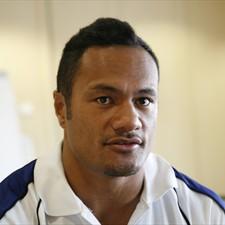 The Independent Appeal Committee hearing the Eliota Fuimaono Sapolu misconduct appeal case in London today has reserved its judgement to give all due consideration to all the evidence and submissions made at the hearing.

The appeal is against decision handed down by the Independent Judicial Officer His Honour Judge Jeff Blackett (England) on October 15 in Auckland having upheld a Rugby World Cup Limited misconduct charge against Fuimaono Sapolu for comments made about referee Nigel Owens via the public social media network Twitter.

Charges relating to breaches of the RWC/IRB Code of Conduct arising from such comments were also all upheld.

At the initial hearing in Auckland, Fuimaono Sapolu was given the sanction of a suspension from playing for six months (suspended for a period of two years) subject to compliance with the following conditions:

The Appeal Committee comprising Professor Lorne Crerar (Chair, Scotland), Graeme Mew (Canada) and Nicholas Davidson QC (New Zealand) heard submissions from the Player, who represented himself, regarding the basis of his Appeal. No new evidence was presented or new witnesses called.

Having heard the submissions of the parties, the Independent Appeal Committee reserved its judgement to consider all the evidence. The Committee expects to return a decision within the next seven days.

Fuimaono Sapolu therefore remains bound by the original decision of October 15, pending the final outcome of his Appeal.