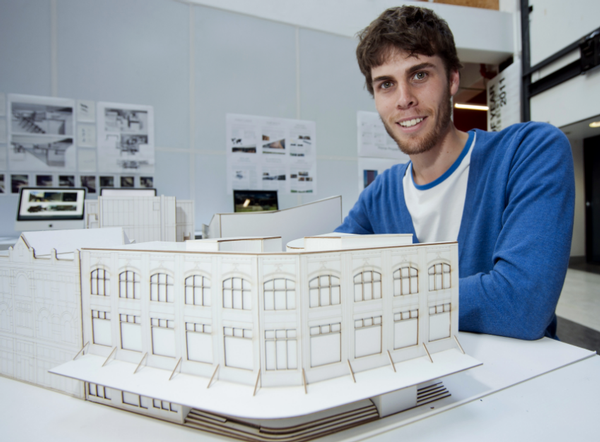 A heritage building within Christchurch's inner city High Street precinct is to be saved in the same manner a Victoria University student had suggested in his fourth-year architecture assignment.

The facade of the historic McKenzie and Willis building, which faces Tuam and High streets, is to be retained, while the building behind will be demolished, re-designed and rebuilt.

"My proposal was to do exactly the same thing—retaining the heritage characteristics but re-designing in such a way that it improves what was there before," says Cameron Suisted, who recently won a High Distinction award at the New Zealand Institute of Architects 2011 Graphisoft Student Awards for his design concept.

"I'm excited that substantial funding is being allocated to the building that I chose to re-design—and plan to submit my design proposal to the Council and the High Street Precinct Group in case they might find something of merit in my ideas."

Mr Suisted's proposal is to turn the building, formerly a furniture store, into a theatre which would help revitalise and preserve the at-risk High Street precinct.

Whatever the end result, I hope the building will become an active community space that everyone can enjoy and benefit from," he says.