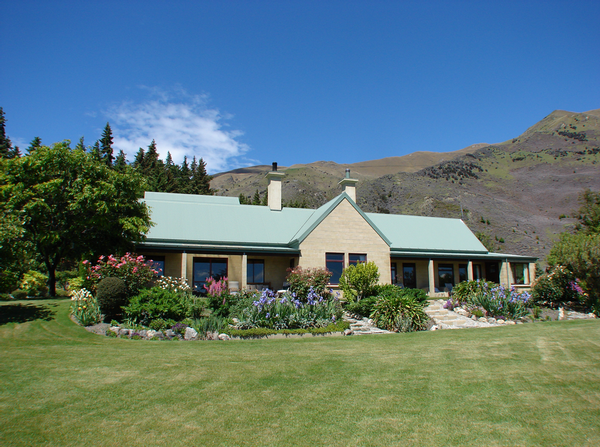 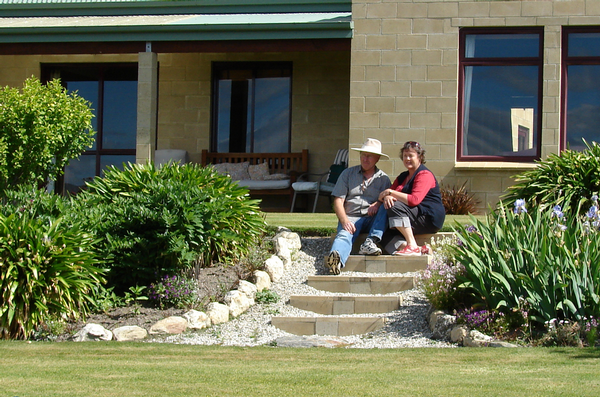 At the veranda that overlooks beautiful views of the lake and surrounding mountains. CREDIT: Bayleys 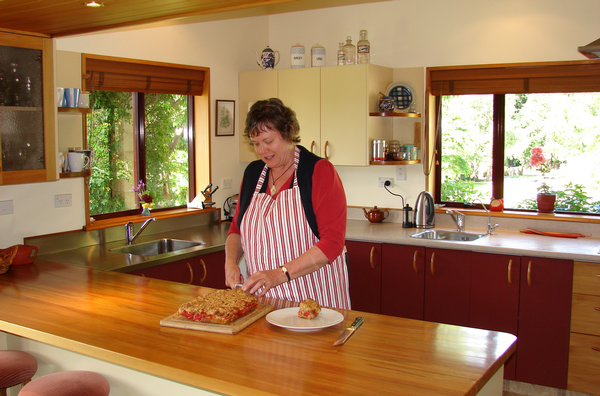 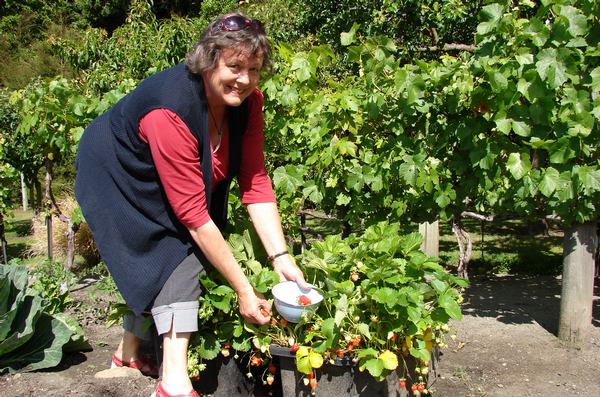 The Drummond property is rich with fruit trees and vegetable and flower gardens. CREDIT: Bayleys

Celebrity chef Sue Drummond – who rose to fame on the television reality cooking show MasterChef – has placed her Wanaka home on the market for sale.

For more than a decade Sue has cooked up her popular recipes on the lifestyle block she shares with husband Rex, using many of the fresh fruit and vegetables sourced from their own vegetable garden and fruit trees.

Since making it to the final six contestants on Masterchef New Zealand in 2010, Sue has continued to impart her love of cooking with her local community.

Since taking part in the show, Sue has been busy with numerous speaking engagements and cooking demonstrations. For a short-time she operated her own cooking school ‘Aspiring Cooks’. Now Sue and Rex have decided it is time for a change.

The 0.8 hectare property is for sale through Bayleys by auction on February 4, and is being marketed by Bayleys Wanaka salesperson Trevor Mackay.

The property consists of a 353 square metre four bedroom/three bathroom family home with open plan kitchen and living room with a separate lounge, office, and sunroom. In addition there is a separate self-contained apartment above the garage with internal entrance from the main foyer.

Within the grounds is an additional stand alone cottage which is currently being used as short-term rental accommodation with a rental rate of $120 a night.

Sue and Rex left their pharmacy business in Christchurch and moved to Wanaka in 1995 in search of a lifestyle change. They found the land during a visit to Wanaka in 1993. The land had recently been subdivided from a neighbouring farm, and they fell for the impressive views it provided across Lake Wanaka.

The property held a unique appeal for both of them as it was close enough to the Wanaka township, yet far enough away to create a tranquil and peaceful lifestyle.

“At the time there was no electricity on the property, or even a driveway, and we felt like pioneers,” Sue said.

Sue and Rex’s favourite place on the property is sitting on the veranda taking in the beautiful views of the lake and surrounding mountains, and is particularly good for enjoying the local birdlife.

The quaint and peaceful self-contained cottage was built on the property in 1998, and it was not until 2000 that Sue and Rex were able to move into their newly built family home.
The tree, fruit trees and vegetable and flower gardens which give the property its park-like appearance were planted one-by-one by Sue and Rex over the past 17 years.
Mr Mackay said the new owner could adapt the property to a multitude of uses.

“The home, combined with the separate apartment and cottage as well as the property’s proximity to Wanaka, gives it potential to be converted for alternative uses such as holiday accommodation or a bed and breakfast business.

“Alternatively the new owner could live in the main residence and gain a rental income from the cottage and the separate apartment.”

In addition to the dwellings, the property has an extensive number of fruit trees including apricot, peach, nectarine and apples, as well as gardens which currently produce asparagus, corn, potatoes and onions.