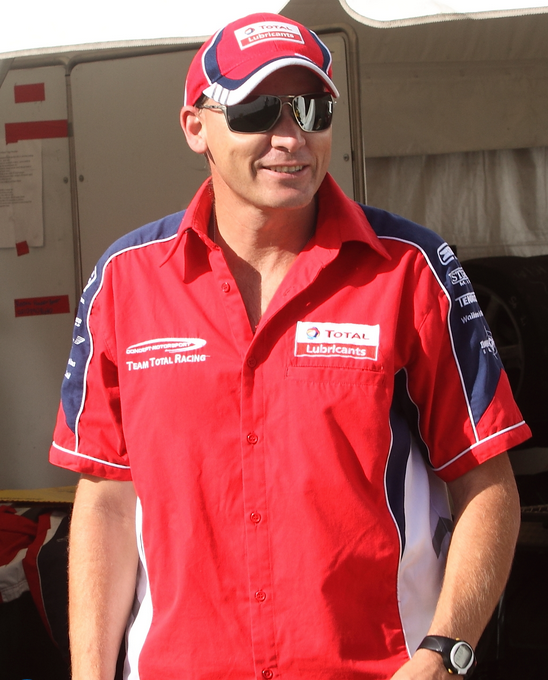 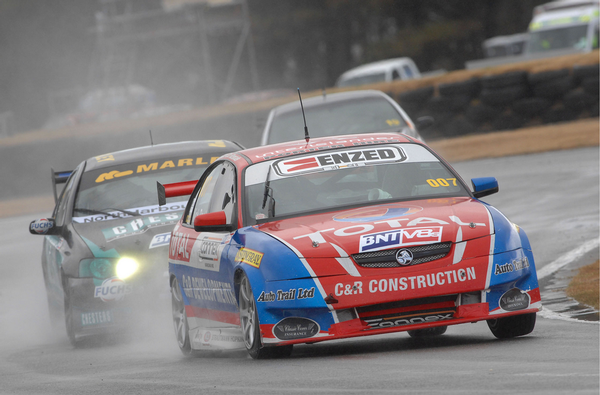 Ross said his car was 'quick out of the box' for the first round of the new year at Teretonga Park Invercargill. CREDIT: SportProMedia

Cambridge driver Nick Ross said his Holden Commodore was 'quick right out of the box' when he and the Concept Motorsport racing team hit the circuit at Invercargill's Teretonga Park at the weekend.

Three strong race results from the weekend sees him and the Total Lubricants Holden move into fifth place in the BNT V8s Championship standings putting him in line with the team's goals for this season where they hope to finish in the top five and improve on their ninth place from the previous season.

Putting in a stunner for the Top 10 Shootout Ross came up with the fourth fastest time in the one lap contest and fastest Holden in a Ford dominated lineup.

"Of course we gave the car a good check out over the break but our engineer Dale (Harvey) put some ideas into action with the set up which seemed to work and gave us a strong package."

"We were pretty happy with qualification especially with it being the first time on slicks after all the rain beforehand. It went well and the car was quick straight out of box." said Ross.

Ross hit the track at speed in the opening race scooping his first podium of 2012 with a third place behind V8 Supercar driver Jason Bargwanna who was closely followed by Hamilton's Martin Short.

"In the first race I got Tim (Edgell) off the start and just started pulling away from him but just couldn't keep in touch with the front two."

That solid effort however didn't help Ross for the reverse gridded race two where he would start from the rear of the field. Unfortunately the handicap hindered Ross further when he couldn't aquire the start he was looking for.

"I was near the back anyway but I just lost traction and went all the way to the back at the start of that race." said Ross.

However Ross never gave up and as he battled on he made a remarkable recovery and moved up the field and into fourth place before the end of the race.

The final race of the weekend offered up a team challenge by way of a compulsory pitstop and with the weather becoming unstable the field was split in tactics with most drivers on wet tyres and a couple rolling the dice and entering the pitlane at the last minute to swap over to slick tyres.

"There were a couple of guys who put on slicks but then it started to rain again by lap three so they had no chance." said Ross.

"We tried something different in our setup hoping to close the gap but just didn't have the speed we needed to get into the lead. We picked up some time on Tim with our pitstop and gained some ground on him eventually passing him for fourth place." he said.

Ross once again finished fourth and the crack Concept Motorsport team clocked the second fastest time in the compulsory pitstop where they were required to remove one wheel completely and replace it.

"The pace was very close throughout the whole field and there was such a good effort from the team which resulted in a great result. We were the fastest Holden and have moved up into fifth place in the standings."

"I'm looking forward to this weekend at Timaru and I hope we can have more of the same or even make an improvement of what was a very good weekend for us." said Ross.

"We are only 48 points away from third place in the championship standings so we may have to re-think our targets and look for a podium finish to the season." he said.

This weekend of 20-22nd January 2012 at Timaru International Motor Raceway is round four of the BNT V8s Championship 2011-12 and is traditionally a very popular event with the local spectators who come in numbers.

The Holden versus Ford action is also televised on TV3 with all three BNT V8s races shown this Sunday 22nd January.