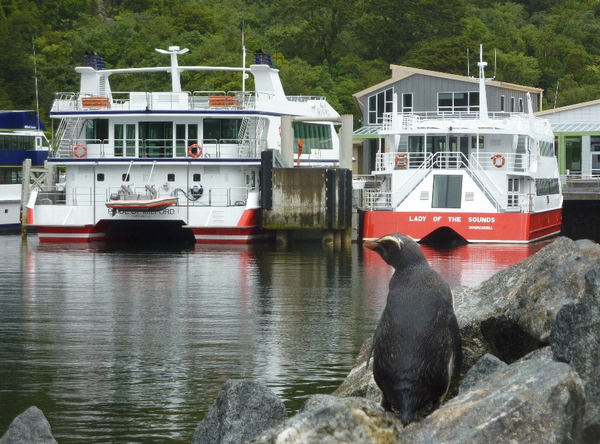 The Fiordland Crested Penguin (Tawaki) checks out the Milford Sound Wharf on a gorgeous day in the fiord. CREDIT: Southern Public Relations 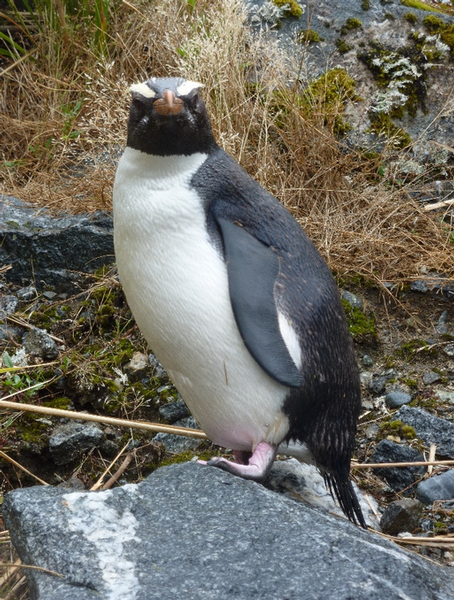 Close up view of the Tawaki. CREDIT: Southern Public Relations

The seabird looked to be taking in the view of the vessels at the wharf and marks the start of penguin moulting season that takes place every year from mid-January to early March.

Penguins are unusual in that they are one of the few bird species that moult all their feathers simultaneously. The moulting takes about two weeks and is very stressful to the birds - they cannot enter the sea during the moult because they have no waterproof, insulating coat. This means they do not feed and so lose up to half of their body weight during moulting. This leaves them highly vulnerable to predators at this time.

“The Tawaki are an icon of Fiordland and one of the rarest penguins in the world. They come to moult at this time of year returning to the sea with new coats when they’re strong enough, then return to breed later in the year.

“They are a regular sight during the breeding season (July to November) but it’s always exciting for us to spot them and to know how rare and special they are. It’s always a highlight of our trips for visitors when we seem them in their natural environment.”

“Southern Discoveries Kayaking and Encounter Cruise offer fantastic experiences where people can get really close to nature. We’re very aware of our natural environment and work hard to make sure we gently view wildlife activity without disturbing it,” says Mr Keith.

Southern Discoveries is passionate about preserving Milford Sound’s beauty for future generations and works hard to ensure visitors leave with an understanding and respect for the wild environment. The company is also a key partner in a major Sinbad Sanctuary conservation project in Milford Sound for which it recently won an environment award.

About the Fiordland Crested Penguin (Tawaki)

The Fiordland Crested Penguin, or Tawaki, is one of the rarest of New Zealand's mainland penguins. Tawaki are monogamous and often mate for life. Although the pairs separate when not breeding, females return each year to the same beach in search of their mate from the previous season. Females lay two white eggs by the end of August. The first egg is generally smaller than the second, and both are incubated for 30-35 days. Most first eggs fail to hatch, or the chicks die of starvation within ten days of hatching. Tawaki cannot raise more than one chick per season, and the first egg is thought to be an insurance policy in case the second egg does not survive. Chicks are brooded by the male, who goes without food for the first three weeks. The chicks then form crèches and are fed by both parents until they become independent and leave the colony in late November or early December.

Like other birds, penguins do not have teeth. Tawaki and other penguins instead have fleshy, backwards pointing spines on their tongue to hold slippery prey, which is swallowed whole without chewing.