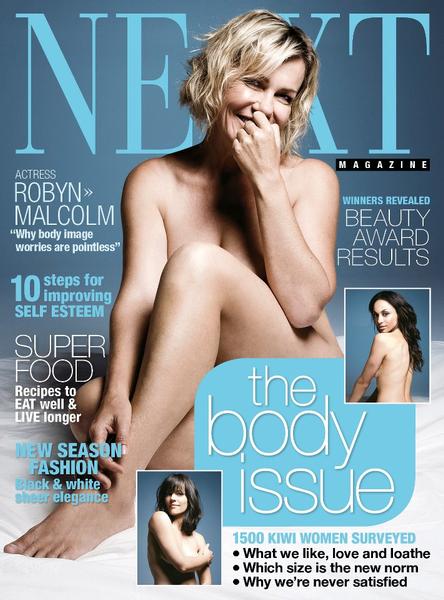 New Zealand women have major issues with body image. A lot don’t like their appearance, are obsessed with weight – and believe good looks and success are intrinsically linked.

This is what Next magazine discovered when they spoke to a cross section of New Zealand women about body image in one of the biggest surveys of this kind.

More than 1500 women of varying ages and backgrounds responded to questions about their appearance, diet and cosmetic surgery, and were asked their opinion on links between looks and success.

Unhappy with Weight
The results showed three out of four women are unhappy with their weight, with 43% keen to lose at least five kilos. And it’s clearly a topic which is at the forefront of their minds, as 86% think about their weight daily. Many fixate about it several times a day – the same amount they think about their partner, sex, food and sleep.

Good looks lead to success
The research points to the fact many women feel they are missing out on opportunities because of their looks. Next found 89% of women believe the way you look and present yourself is very important to succeeding in life, and 79% are of the opinion good looking people tend to get more opportunities. Two out of three women believe that good-looking people are more likely to succeed.

Next editor Sarah Henry has been surprised at the findings: “We always knew appearance was important to women, but we underestimated just how much impact body image has. If women are happy with what they see in the mirror they generally have a positive outlook. However, when they dislike their reflection, this feeling can manifest itself in all aspects of their life.”

Breasts are best
The part of their bodies Kiwi women most dislike is their tummies – with 65% saying this is what they like the least in their build. The part they like the most is their breasts – 37% said they are one of their best features.

Open to plastic surgery
While 63% of those Next surveyed would consider plastic surgery, it seems Kiwi women are not dieting. Speaking anonymously, 54% told Next they don’t diet but instead set themselves rules about what they eat – and 17% said they never diet.

“It’s great to see we’ve ditched the dieting in favour of making healthier eating choices, but the high link to the idea of plastic surgery suggests we have a long way to go before we’re in control of our body image,” says Sarah.

* The survey was conducted through ACP’s All Women Talk Panel, November 18-21, 2011.
* The survey featured 17 questions on body image
* A total of 1575 women completed the survey
* Full results featured in the March issue of Next (on sale February 13)

Our favourite stars go nude
Actresses Robyn Malcolm and Amanda Billing, as well as television presenter Sonia Gray, are the stunning ambassadors of Next magazine’s report into New Zealand women and body image.
The three high-profile women stripped off for a nude photoshoot as part of the magazine’s celebration of the Kiwi female form.

Their personal stories and opinions on body image are presented in the March issue.