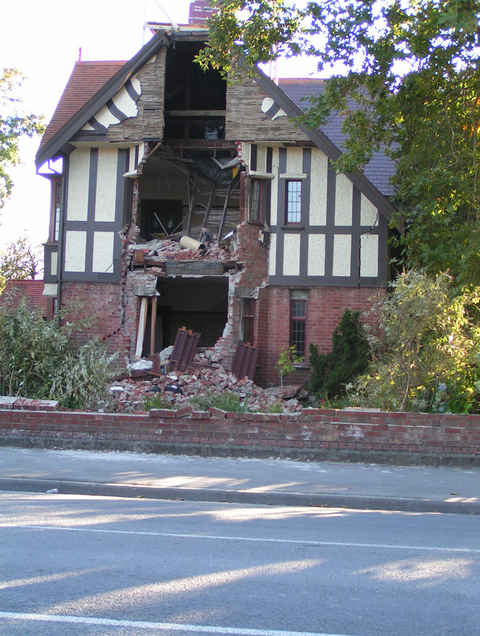 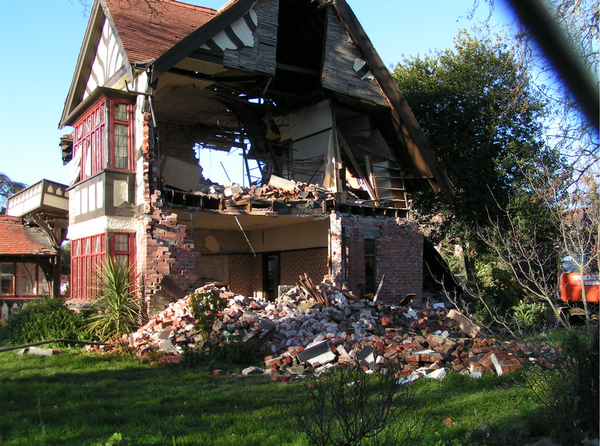 Christchurch – a year on since February 22, 2011 – rebuilding begins, but a time to reflect

As a former UK-Europe Bureau Chief NZPA media correspondent, Kip Brook is no stranger to putting his thoughts into words following a crisis. From Christchurch, Brook gives his take a year after the events of 22.2.11

Like its iconic cathedral much of Christchurch is slowly rocking itself to pieces. It is yesterday’s city with shipping containers protecting people and motorists from quakes. Other containers are prized open like sardines cans used for safe shopping precincts. This is a city like no other.

We’ve now had 40 earthquakes between magnitude 5 and 6 here in Christchurch since September 4, 2010. We’ve had over 10,000 quakes in total and nearly 600 quakes have been five kilometres or less in depth. As a result tens of thousands of homes and buildings are destroyed and being pulled down or have collapsed.

The swanky new Park Terrace twin tower blocks overlooking leafy Hagley Park are coming down. The Copthorne on Durham St – gone; the Crowne Plaza – coming down; the Grand Chancellor, coming down; Manchester Street – pretty much empty; it goes on and on.

The pace of deconstruction is phenomenal, as much of Christchurch is slowly being flattened. It’s now a year since the fatal quake of February 22 that claimed 185 lives and this is a time for those families so greatly affected by it.

But big shakes on June 13 and December 23 last year cannot be under-estimated in terms of structural damage and mental anguish. The two big jolts just before Christmas sent many people packing. Others have felt the anger and despair.

Physical scars and empty lots of a battered city are plain to see while mental anguish remains high following predictions from GNS Science that Christchurch has an 82 percent chance of a 5.0 to 5.4 aftershock, a 39 percent probability of a 5.5 to 5.9 earthquake and a 13 percent probability of a 6.0 to 6.4 shake in the next 12 months. The jolting is relentless.

The face of Christchurch has already changed forever. We here have all changed; some with emotional scars; but most of us feel privileged to be alive. We can’t see inside our central city. Our office blocks, cafes, restaurants, bars, hotels and city shops that have survived are still cordoned off. From the barriers, it looks a terrible brooding mess in there.

Auckland psychologist Sara Chatwin of Mindworks said there is an impact on people who remain here.

``Notwithstanding that they see their city and their lives changed dramatically and they have to deal with daily stresses, the quakes have also meant that people are forced to think about their future. The quakes have meant that people have had to re-think everything and come up with alternative life and living plans, in a very short space of time.

``Certainly, the people of Christchurch will have experienced many emotions and emotional states. If left unchecked and unsupported people may go on to develop anxieties and concerns, even behavioural patterns that are maladaptive.

``While the rest of the country has been horrified by these events and have tried to help, no-one except those in Christchurch can realise the enormity of the situation,’’ Chatwin said.

New Zealand’s worst natural disaster keeps on causing chaos; even in everyday life. My suburb once had three or four churches– they are gone. The corner dairy, deli, florist, women’s clothing shop, cafe: gone. The local supermarket is no longer operating. The pot-holed patch roads have suffered damage on damage.

The mood and atmosphere around the streets and suburbs of Christchurch is one of seeking to make life better, somehow. The hesitant rebuild has started including shipping container shopping precincts. Global earthquake experts say it will take more than 20 years for life here to return to normal.

Most people that remain here are resilient and positive and keen to move forward; to fight, not flight. Communities and people are stronger for it all.

The soul of Christchurch’s heritage has been buried by the series of shuddering quakes. Babies born into Christchurch will grow up not knowing any different than their strange twisted city. Seventeen months on since the September 4, 2010, earthquake Christchurch is still the only city in the world with its central city area closed to the public.

And so it is, into the third successive year of earthquakes, more are expected, for years to come.

The most English of New Zealand cities is now pretty much wrecked.

Christchurch will never be the same again but what it will become is not in the hands of designers or planners but in the spirit of the proud people that have survived and stood strong through it all.