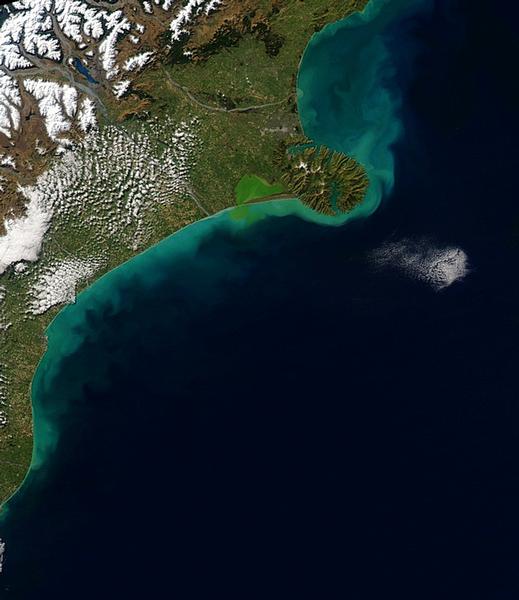 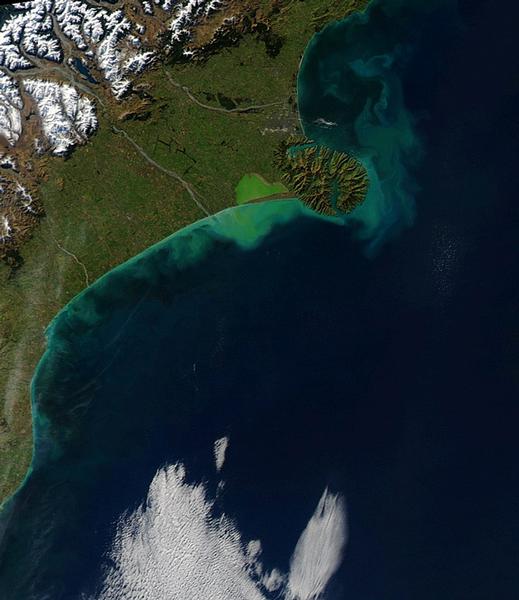 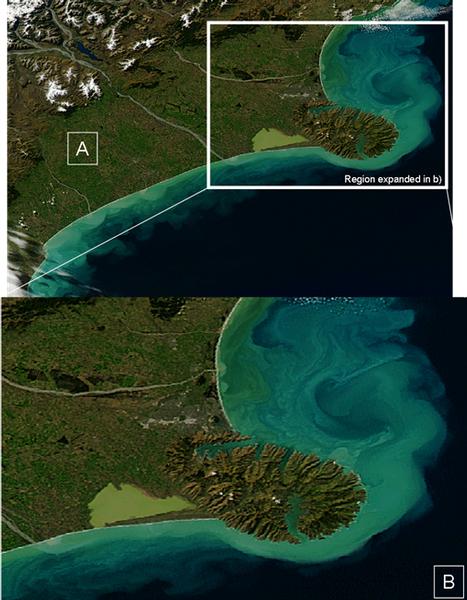 NIWA scientist studies the mixing of river and sea and asks: Where do river sediments go?

Flying above the New Zealand coastline on cloudless days, you can sometimes see plumes of material-laden river water, much of it containing sediment from land runoff. Understanding where this material ends up will help assess the land use impacts on our vulnerable coastal ecosystems, and guide mitigation measures to reduce those impacts.

The mixing of freshwater rivers and seawater at the coast is complex and difficult to study.
Doubtful Sound in Fiordland National Park is a naturally occurring laboratory, helping NIWA scientist Dr Joanne O'Callaghan answer this important question.

Doubtful Sound has a freshwater layer caused by runoff and outflow from the Manapouri power station. The outflow is very similar to how major rivers around New Zealand discharge into the sea. Dr O’Callaghan says Doubtful Sound is halfway between a laboratory and open coasts because it is enclosed and untainted by other oceanographic processes.

The steep sides of the fiord, and its distance from the open coast, reduce the complexity of mixing processes between river and seawater.

“The controlled flow from Meridian Energy’s Manapouri power station means that the ‘laboratory’ freshwater tap is turned on and off regularly. The advantage over a laboratory is that the mixing processes are happening at scales relevant to other coastal areas in New Zealand,” says Dr O’Callaghan.

Dr O’Callaghan says that rivers create subsurface waves in the sea, going away from the coast, which may carry sediments much further offshore than previously thought. The subsurface waves detected in Doubtful Sound were able to keep moving for several kilometres and perhaps right out of the fiord.

The relationship between the river plumes created when rivers enter the sea, and the generation of subsurface waves, is a key area of Dr O’Callaghan’s research.

Subsurface waves can be generated when a river plume slows down away from the coast. The energy from river water can be moved to subsurface waves once the speeds of the surface water decrease below the wave speeds in the surrounding water. Subsurface waves are similar to waves you see when a stone is thrown into a pond. But without the edge of a pond to break up the waves, these subsurface waves can keep moving far out to sea. Subsurface waves transport material too, like waves at the beach -just how far beyond the extent of these highly visible plumes is yet unknown.

“This science has significance to areas like the Canterbury Bight and Hauraki Gulf. To understand where sediments end up we need to understand how it’s transported,” says Dr O’Callaghan.

Regional councils and the Department of Conservation will be very interested in this science as they seek to manage the impact of sediment plumes in coastal waters.

This work was funded by the Ministry of Science and Innovation.