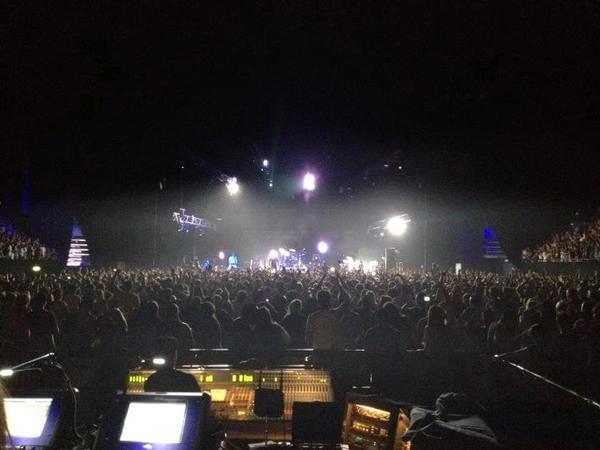 Sounds in the Sun CREDIT: UNITEC

Sounds in the Sun sweet success

After a week of “weather bomb” warnings the USU Students’ Association at Unitec was forced into either a cancellation or relocation last minute of Sounds in the Sun the biggest Orientation music festival in New Zealand. After months of hard work and line up to drool over they made the impossible possible. In 24 hours they relocated the event from the Unitec fields to one of the most pretigious venus in the country, Vector Arena.

“We are still buzzing from the success of last nights show. We didn’t know if we could make it in time but we did it! We had to wait for after Fatboy Slim, Die Antwood and Skrillex concert to pack out from the Friday night. It was all hands on deck but it all paid off seeing Vector rocking as Shapeshifter owned that stage.” Says Events Manager Adam Basham.

The event fully sold out with 10,000 capacity by 1pm yesterday as students and public qued in eager anticipation to hear the sweet sounds of Shapeshifter, Katchafire, 1814, Kidz in Space, Bulletproof featuring Annabel Fay and Rugged Tekniques, DJ Sir-Vere along with the world winning Prestige Dance Crew.

“The sound, lighting and atmosphere took the event to the next level. Students were very excited to have their O week concert at Vector! Thank you to Vector Arena and Unitec for all your support. It looks like the bar has been raised for 2013!” Says USU Student President Shannon Pennefather.