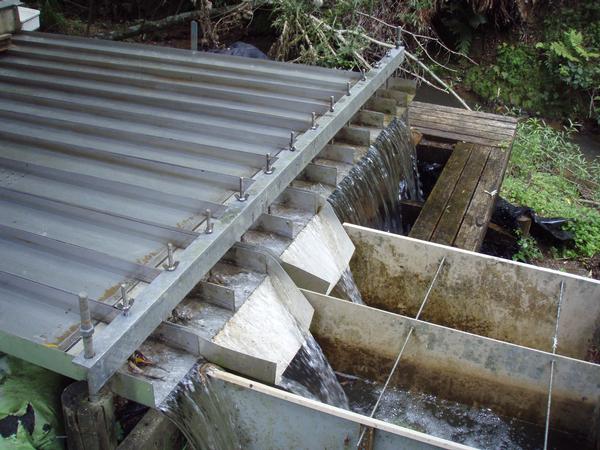 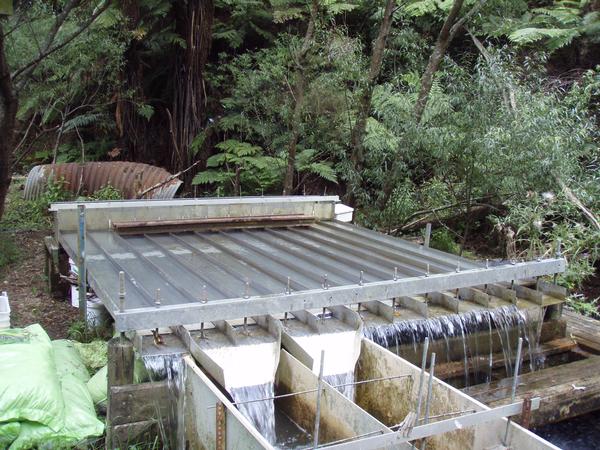 How far and fast can aquatic insects travel upstream? Do the adults have to fly, or can the larvae crawl? A NIWA scientist is using obstacle courses to test the ability of fly larvae for upstream travel - a kind of flyathalon. This work will identify some of the barriers to stream restoration, including movement of insects as they recolonise restored areas.

Agricultural land use has caused degradation to New Zealand streams and riparian ecosystems. River and stream rehabilitation projects are increasing in number, but scientists don’t yet know why some are successful and some fail to bring back the bugs.

NIWA Hamilton freshwater scientist Dr Richard Storey says, “It’s hoped that if you make a stream habitat better, the plant and animal life will come back. But, if the aquatic insects can’t move into streams, then no matter how good the restoration of the stream is, you won’t get your biological community back."

Native insects, such as stoneflies and mayflies, have their part to play in healthy ecosystems. They are a vital link as they process leaf material, organic material and, in turn, provide “lunch” to native fish and trout.

Scientists have identified culverts as a barrier to adult flies travelling upstream. The flies find them confusing and often full of fly-eating spiders too. Where culverts are present, recolonisation of restored areas may become more dependent on the ability of larvae to travel upstream along the streambed.

Another problem for the adult flies is that they don’t live very long. They spend a far larger part of their lives as larvae, so the ability of the larvae to travel is very important.

If distance or the type of streambed is a barrier, this may reduce the ability of insect larvae to recolonise rehabilitated streams.

Dr Storey has been studying streams in central Hawkes Bay that dry out in summer.

“Large insect larvae can’t survive the dry summer period in these intermittent streams, so they die off each year. After the stream starts flowing again, it takes time for the small larvae that have survived to grow large.

“If we find large insect larvae in a stream that has dried out, and the stream is only just beginning to flow again, we can assume that they have crawled in from a nearby permanent stream. I can follow insects crawling up into those streams, from the time that they start flowing again.”

Identification of the barriers to movement and likelihood of restoration success is not straightforward. At the Whatawhata research farm, near Hamilton, Dr Storey is preparing experimental river channels. The channels will be used to study rates of upstream movement for aquatic insects, and their ability to travel over different types of streambed materials that may act as barriers.
The 20cm wide and 2.5 metres long channels are made of stainless steel and have stream water diverted into them.

The channels are divided into three sections, which is important for controlling the experiment. The top sections are like a natural stream. In the middle section Dr Storey introduces different obstacle elements using mud, clay, wood, leaves, rocks or sand. The insects will be put into the downstream part of the channels.

“If there are barriers to movement we want to see how we can bridge them, and overcome the barriers to insect moment, and thereby improve the changes of stream restoration,” says Dr Storey.

Background
What are New Zealand native flies?
Mayflies (Ephemeroptera) are beautiful fragile looking insects and have long threadlike tails. They spend most of their life as immature nymphs, living underwater. Their life as flying adults is ephemeral, usually lasting only a few hours, but at the most a few days. Their eggs are laid on water, and sink to the bottom where they lie among stones. They are bright olive green in colour and are quite long. They can be seen early in the morning and evening, swarming over rivers.

Stoneflies (Plecoptera) rest on stones and have strong legs to do this. Stonefly nymphs also live under water, and look like the “armoured vehicle” version of mayflies – more robust and angular. Flying adults can live for up to 2-3 weeks.

Caddisflies (Trichoptera) are closely related to moths. The caterpillars live in streams, and the adults look like moths except their wings are covered in hairs instead of scales.

This work is part of the MSI-funded Aquatic Rehabilitation programme.