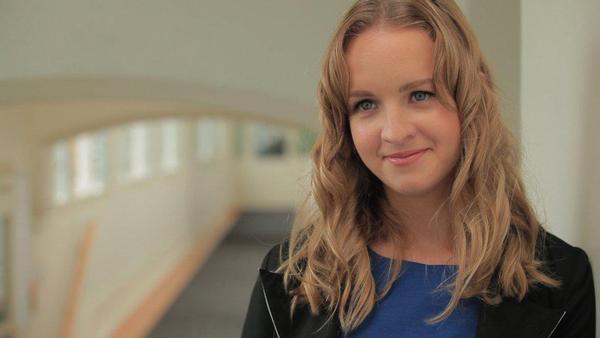 Tongan Netane Takau felt he was destined for a life going nowhere, being no-one, but a decision to come to New Zealand to stay with his Aunty changed all that...

His journey and that of fellow Unitec students, Vicky Te Puni and Alex Riley, is the subject of a one hour documentary, Change Year, which screens on TV3 at 1pm on Sunday April 1 and on FOUR at 10.30pm on Thursday April 5.

The trio has spent the past year being filmed as part of Unitec Institute of Technology's Change Starts Here campaign. They've appeared on billboards, bus backs and in reality style TV ads and now the documentary by Andrew Morton of Film Construction reveals the full story behind their year of trials and tribulations, and shows just how much one can change in a year.

When the documentary begins, Netane (20) has returned to continue his nursing degree but has to repeat a paper in semester one that he failed. He has one last chance to pass this before being able to start the final year of his degree. If he fails, he's out. Maori adult student, Vicky (27) is set to do the final year of her Bachelor of Design and Visual Arts in photography and school leaver Alex, (18) is preparing to start her first year of an architecture degree.

Netane's journey is particularly emotional especially when he returns to Tonga to speak at his old school and to see his family. During his year of change he goes from a guy who nearly fails his course to a working nurse and a true leader.

Netane credits his Aunt for giving him the chance to change his life. A nurse herself and living in the Auckland suburb of Kelston, it was she who encouraged him to come and stay with her from Tonga and then to enrol at Unitec to do his Bachelor of Nursing degree. "If it wasn't for my Aunty I would be one of those guys, like some of my friends back in Tonga, roaming around doing nothing, cos in Tonga you hardly can find any jobs and the only future would be working in the fields," he says. Netane comes to the realization after saving a baby from choking in Tonga and once he starts working with real patients on clinical placements as part of his course ... "Nursing is not just about making money, it's about real life, helping people."

By the end of his Change Year he is working part time as a nursing assistant at Waitakere Hospital through contacts made during his clinical placement and rather than a dead-end future he feels he has the world at his feet ... "Now I'm about to have a degree if I finish, it's more like you're looking at the open world, the way I see it. I just can't wait to get there."

At 25 Vicky Te Puni felt she'd missed the boat and had left a career too late ... "I was working in a café and I realized I had to get out there and do something or else I was going to be there for the rest of my life," she says in the opening scene of the documentary. Vicky, too was encouraged to follow her dream of becoming a photographer by an older colleague and despite being told she would be unlikely to get into the photography intake at Unitec's Bachelor of Design and Visual Arts at her first interview, she refused to take no for an answer. She booked herself in for a second interview and spent the next week putting a winning portfolio together and promptly got herself accepted.

Vicky's plucky courage and determination and her interest in telling stories about other indigenous women through her photography culminates in an exhibition of ethnic work at Unitec's annual Grad Show. Her energy and passion translate into an inspirational story which could motivate those from different ethnicities out there who think they don't have any choices for their future or adults who think they've left study too late.

Alex is an 18 year old with braces and still at high school St Mary's College when we first meet her. A top student, she's chosen Unitec as her first choice of institution to study architecture and this is the profession she's always known she's wanted to pursue. She's a high achiever, goal orientated and she knows exactly what she wants and where she's going. However, once she gets to Unitec, the realities of life studying a design discipline at tertiary level which demands students to be courageous enough to fail to get it right provides some hurdles along the way for her. As with all first year tertiary students, it's a foray into the real world, with all its lessons and challenges but the main thing is she's on her way and once she's survived her first year, she realises she can get there.

Change Year, a one hour documentary directed by Andrew Morton screens on TV3 at 1pm on Sunday April 1 and on FOUR at 10.30pm on Thursday April 5.