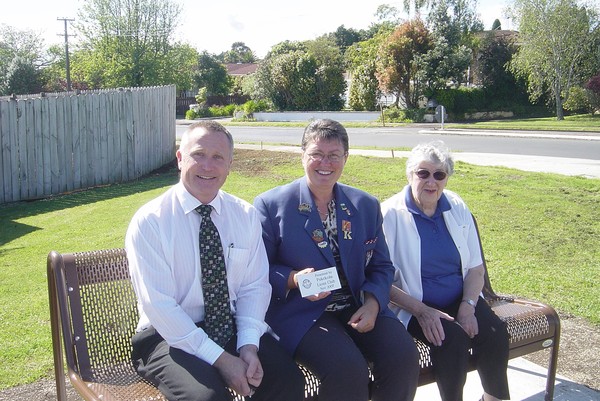 A new seat to rest on thanks to the generosity of the Pukekohe Lions Club CREDIT: Franklin District Council

Residents of Pukekohe have a new seat to rest on thanks to the generosity of the Pukekohe Lions Club. The Club has donated a seat for the corner of Queen and Kitchener Streets. This seat provides a perfect place for elderly local residents to take a break after walking up the rise on Kitchener Street towards the corner shops.


Mayor Mark Ball made the Pukekohe Lions Club aware of the request and the Club took hold of the idea and generously decided to donate the seat.


“The Lions Club members are always proud to give back to the local community,” says Rachael Hill, who was President of the Club when the project began.


“The pensioners now have somewhere to rest before crossing Queen Street to the shops.”


It’s not just elderly residents who will find the seat a comfort though – the bus that does a loop around Pukekohe and travels between Pukekohe and Waiuku goes straight past the seat so it will be a welcome rest stop for those waiting for the bus.


Franklin District Council is delighted with the Pukekohe Lions Club’s contribution to the community and wish to thank them for their generosity.