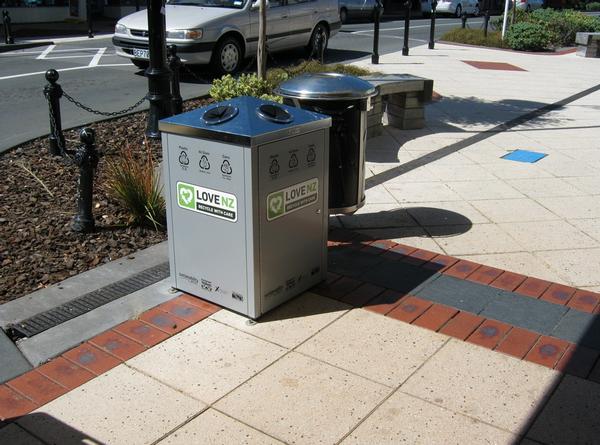 Recycling bins installed by Waikato District Council across the region have proved a hit with the public, with their prominent locations helping to raise awareness of the environmental benefits of recycling.

There are almost 50 bins which have been placed next to rubbish bins in high volume pedestrian areas such as shops and parks in Raglan, Huntly, Ngaruawahia and Te Kauwhata.

So far the existing bins have been well used by the public said Waikato District Council Water & Facilities general manager Richard Bax, and the council will look to continue to install more of the bins in towns across the Waikato in the future if there is demand.

“The Waikato is a beautiful part of New Zealand, and encouraging recycling and protection of the environment is a good means of ensuring it stays that way,” Mr Bax said. “We are hoping that this initiative will help promote recycling when out and about as well as in the home.”