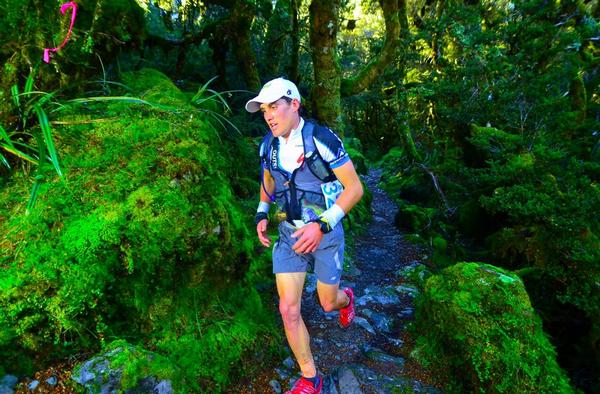 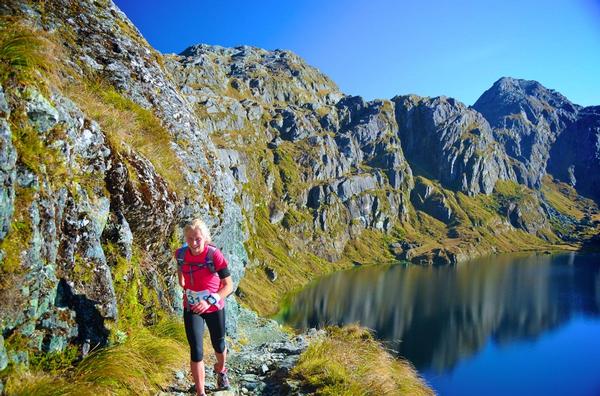 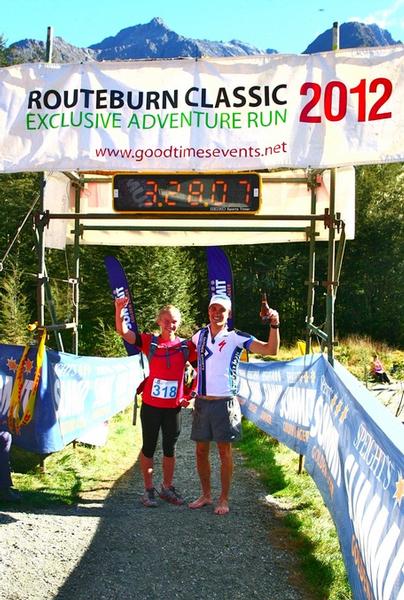 In sunny, still, warm and dry conditions and with the track in perfect shape - it hadn't rained in nearby Te Anau for about the previous six weeks - he was a full three minutes ahead of second placegetter Nick Hirschfeld of Auckland in 2:47:34 and third placegetter Glen Hughes in 2:51:24.

Returning women's champion Dunedin's Whitney Dagg made it two in a row when she took top honours in the women's race also with a record-beating time of 3:26:30, breaking Elina Ussher's 2006 record by a full three-and-a-half minutes.

Second female was Helen Gillespie of Hokitika in 3.31.53 (she was also the first Masters women in the 40 to 50 year old category) and third was Claire Corbett of Alexandra in 3.44:44.

Men's and women's champions Currie and Dagg are cousins, so were delighted to join each other at the finish line with a celebratory hug.

Twenty-five-year-old Currie, who has only recently returned to racing following the birth of his son three years ago, said the Routeburn Classic win had topped off an "amazing" summer of events.

"I came third in the one-day individuals Coast to Coast, won the Wanaka Half Ironman breaking the record by about 11 minutes, and I've also been in the Motatapu and Godzone events," he said.

"I did the Routeburn about four years ago and came second, so I thought I was in with a good chance. I was leading straight off the bat after the first couple of hundred metres so I just kept going and pushed all the uphills because I know my strength is technical downhill running.

"I'm stoked, really happy with the result, it's a beautiful race and I'll probably be back next year."

Currie said it was "very special" to see his cousin Whitney winning her division. Because he had to return to Wanaka to take care of his son, he could not attend the prizegiving ceremony at Skyline Queenstown, so asked Whitney's father Chris, who came last in the race overall, to collect his award.

"It was a really nice touch to have the man who placed last collecting the prize for the fastest man, and he made a really great speech," said organiser Evan McWhirter of Good Times Events. Mr McWhirter described conditions for the race as "sensational".

"It was another brilliant weekend, with conditions perfect for record setting and views from all over the track," he said. "No-one can believe that I keep on consistently picking good windows of weather for the race, and the conditions we had yesterday were the reasons I believe these records will stand for some time."

First male in the Masters division, Michael Stone of Queenstown achieved his 'three-peat' with three masters titles in a row, even though he was beaten on time by Legends division winner Colin Earwaker of Rotorua. Mr McWhirter praised his volunteer administration and marshalling teams for the work they did on the course and behind the scenes, keeping the athletes buoyant and in high spirits.

More than 300 runners took part in the tough adventure race which starts at the Divide on Milford Road, crosses the Fiordland National Park, over the 1127 m Harris Saddle and finishes in the Mt Aspiring National Park near Glenorchy.

McWhirter said he was already looking forward to next year. "The Routeburn Classic is a renowned mountain run in one of the most beautiful places in the world," he said. "It's a real highlight of the annual running calendar, a true adventure run in stunning Fiordland national park and a unique challenge for athletes of all abilities and ages."