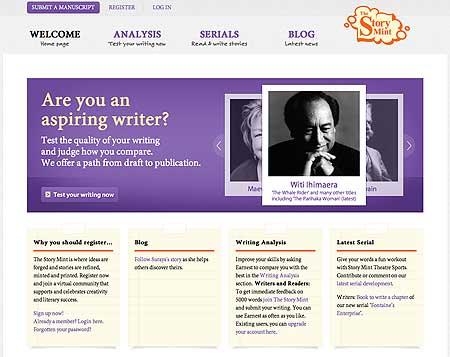 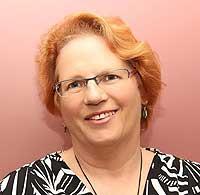 Writers struggling for recognition can now pursue their dreams of publication with the help of The Story Mint. The new website has developed a unique way for writers to refine their work – a computer tool that compares their writing with history’s great authors.

“My dream was to create a pathway to publication for writers struggling to get their work acknowledged,” says Ms Dewing. “The Story Mint fulfils that dream by giving writers a way to develop their storytelling craft with the ultimate goal of e-publishing their work.”

At www.thestorymint.com writers and readers can sign up to participate in an online community where draft material is assessed, critiqued, and created. The process includes the help of an automated assessment tool called “Earnest”, which gives feedback by assessing the work against data from famous authors.

Ms Dewing says she was interested in what language was actually doing for the reader. “As I worked with the computerised analysis I began to notice an interesting pattern. The writing style tended to have varying percentages of different types of words, depending on the genre.

“For example, literary work tended to have a greater number of words describing character, events and landscape, while other novels classified as chick lit, romance, and detective tended toward using more words describing action.”

Ms Dewing recorded the results and sent them to Dr Barry McDonald at Massey’s Institute of Information and Mathematical Sciences. His team was able to develop the algorithms that separated out different types of writing and a website developer was then engaged to start the creation of Earnest.

“We have now analysed hundreds of pieces of writing representative of classic, award-winning and best-selling authors across all genres and from the mid-19th century. Aspiring writers can have their writing efforts compared with this database in order to understand and develop their style as they want,” she explains.

Ms Dewing says the analytical resource will continue to grow in Earnest’s memory banks as more material is submitted, but The Story Mint’s personalised assessments are also extremely important.

“I want to make it easier for writers to identify how to make their writing strong without having to pay large sums of money to get assessments done. The automated process is not a replacement for feedback from real people but a conduit to a range of feedback services we offer, including comments from readers. Readers are, after all, the writer’s market,” she says.

The Story Mint website was launched after an intensive six month beta trial and the response to the concept was so enthusiastic that Ms Dewing continued to maintain the beta trial site while the real site was being built.

More than 200 foundation members participated from 15 countries including the United States, Georgia, Germany, United Kingdom, New Zealand, Mexico, Israel, India and China. Six serial manuscripts have already been created and are available to read online, and the website’s first novel identified for publication, Tokyo Curry by Simon Angelo, will be e-published next month.