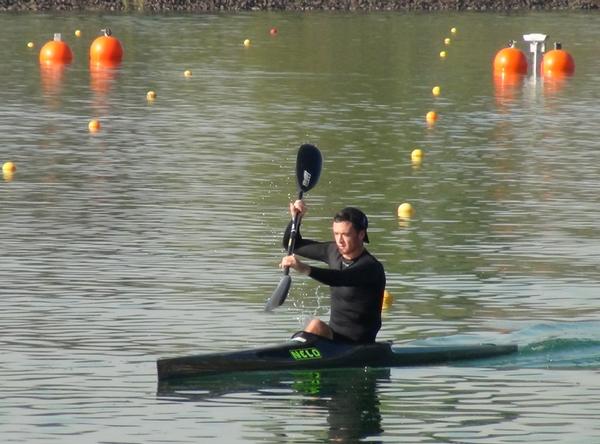 Young gun kiwi para-kayaker Scott Martlew has made a stunning entry onto the world stage, placing 4th in his K1 200m heats and 1st in the semi final in a time of 47.209 at the ICF Para Canoe World Champs.  The final will be raced Thursday 5.40pm (3.40am Friday 18 May NZ time).

Scott began kayaking in 2010 having achieved good success in waka ama, dragon boating and surf canoe.  However a tragic rugby hit in the thigh led to necrotizing fasciitis and amputation of his left leg from the hip in May 2010 and the start of a long road to recovery for Scott.  With sheer determination Scott was back in a kayak by June 2011 and training hard under Coach Leigh Barker with some very clear personal goals – something he attributes his recovery to along with the wonderful support of his family and friends.

By October 2011 Scott was competing in his first South Island event, winning all of his races, and by February 2012 he was racing at the NZ Canoe Sprint Champs, using the Open Women’s grade to test his ability as there were no para-kayakers in the event to compete against.

His remarkable progress in such a short time led to his selection as part of the 2012 junior international team and in his first international event in Australia in March this year he won all of his K1 events at the ICF Oceania Championships with outstanding margins.

His next goal is winning the ICF Para Canoe World Champs, and with results like this he’s well on track. His kayaking friends and family will all be on tenterhooks in the early hours of Friday morning as he races the final!