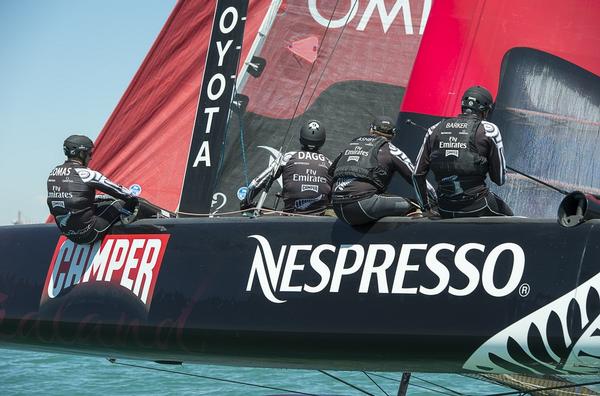 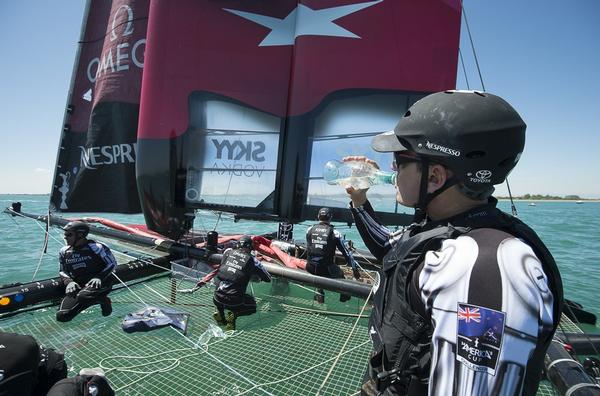 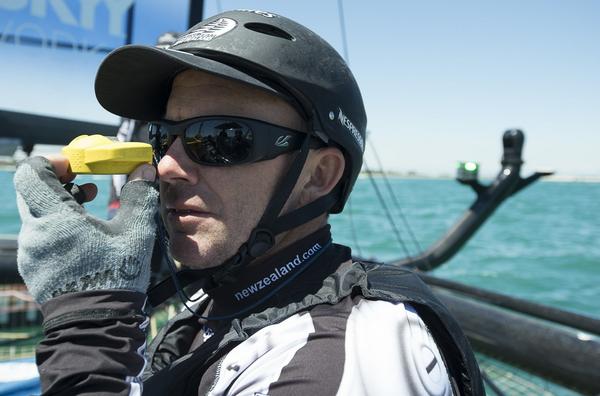 Struggle for form at Venice

The first day of the America’s Cup World Series Venice regatta did not go well for Emirates Team New Zealand. The team struggled to find form in the light conditions.

A bad start in the first of two fleet races resulted in a sixth place finish. This was followed by a well-defended third in race two

The fleet races established seedings for the match racing.  In the quarterfinals, Emirates Team New Zealand faced off against Artemis got the better of the conditions, winning the best of three.

Skipper Dean Barker said the team did not get into stride at all. “We were over at the start in the first fleet race (as were four other boats) and slipped to the back of the fleet; we did better in the second race but we were still far from satisfied with the result.

“Being eliminated from the match racing so early in the week was not what we had in mind …… but we didn’t sail well enough and did not deserve to win. We will have a very thorough debrief.”

Tactician Ray Davies said there were positives, even on a day when they never gave themselves a chance.

“The first team to make a couple of errors at this level cannot expect to win. Today it was our turn. However Oracle 4(James Spithill) finished behind us in both fleet races and that’s always good.”

Davies said:  Luna Rossa is a slick act. Their focus on sailing the 45s is certainly paying off.”