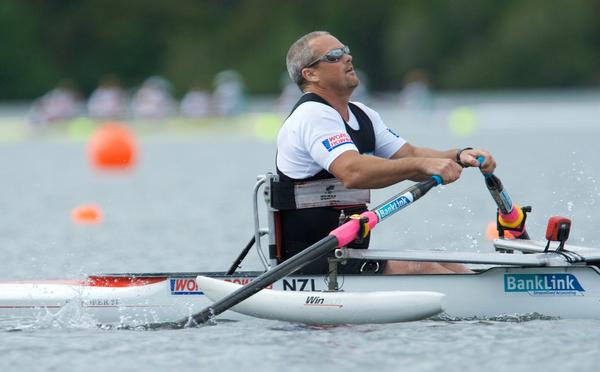 He famously won a bronze medal on his international debut in the adaptive single scull at the 2010 Rowing World Championships also held at Lake Karapiro and is aiming to get back to the sharp end after his 2011 season was affected by illness. For the oldest member of the rowing team, it is a dream come true.

“I am thrilled to be named in the team to compete at the Paralympics, it has been a dream for a long time to get there, and this has made all the hard work and sacrifices worth it,” explained the father of three.

“However, I am not going to just make up numbers and I am firmly setting my sights on the A Final and leaving absolutely nothing in the tank in a pursuit for a medal. I am training harder and better than I ever have and I am relishing the challenge ahead.”

“With just 100 days to go until the opening of the London 2012 Paralympic Games it is fantastic to continue to announce the selection of our team,” she said.

“It is great to have Danny McBride named as part of the team and after his achievements at the 2010 World Rowing Championships in Cambridge we look forward to further success at the Paralympic Games.  This is the pinnacle of Paralympic sport globally and I have no doubt Danny will do all of New Zealand proud.”