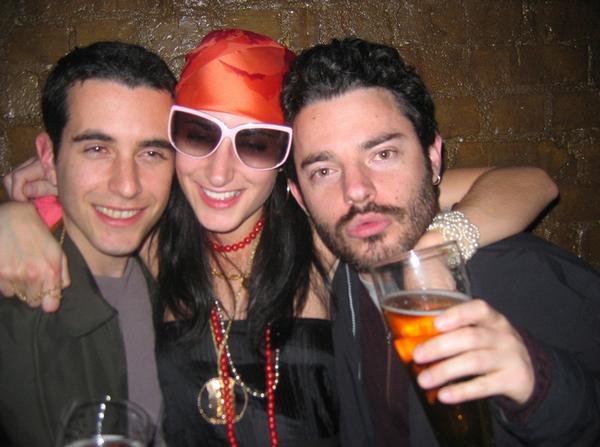 Just weeks after being in the exhibition Millennium Magazines at the Museum of Modern Art, art magazine White Fungus will be in another exhibition in New York. The publication show, Megabodega (June 26-July 6), curated by Victoria Yee Howe, will be held at Family Business, the new gallery recently started by international art stars Maurizio Cattelan and Massimiliano Gioni.

Cattelan, growing up poor in Padua, Italy, the son of a truck driver and a cleaning woman, has become one of the biggest figures in the contemporary art world. Recently a retrospective of Cattelan’s work was held at the Guggenheim in which Cattelan, a known prankster, had his entire oeuvre hung with cables from the museum’s ceiling. His most well-known works include “La Nona Oralso”, a sculpture of John Pope 2 being crushed by a meteorite. Gioni is the star curator of the New Museum of Contemporary Art in New York and has been chosen to curate the 2013 Venice Biennale. He was previously the US Editor of the art magazine Flash Art.

Cattelan and Gioni previously started a pop gallery, housed in doorway in Chelsea New York in 2002, called “Wrong Gallery”. When the building was later sold the gallery was moved to the Tate Modern in London. The new gallery, Family Business, is dedicated to experimentalism but is located provocatively in the heart of Chelsea, New York’s commercial art district. New York Magazine described Family Business as “a gallery that’s not a gallery, run by two art stars slumming it as art nobodies."

Megabodega will take over the gallery for two weeks and function as pop-up ‘bodega’ shop featuring recommended readings of fanzines, art books and magazines singled out as favourites by artists and friends of the curator Victoria Yee Howe. Throughout the two weeks there will nightly events, a 1-800 phone line with daily recordings and readings, as well as simultaneous book launches.

White Fungus was founded in Wellington in 2004 by brothers Ron and Mark Hanson, along with designer Carla Schollum. Other key contributors include Tim Bollinger and Tao Wells. The publication began as an anarchic photocopied hand-out protesting the building of the city’s inner-city bypass. It has since evolved into a quality print publication that is international in scope but maintains strong coverage of New Zealand art, history and culture.

2012 has been a breakout year for the magazine. After being selected for the exhibition Millennium Magazines at the Museum of Modern Art, White Fungus has since been included in exhibitions and fairs in London, Hong Kong, the Netherlands and Tokyo. In July White Fungus will be part of exhibitions in Italy and Ireland. The New York Public Library recently added the complete series of White Fungus to its Art & Architecture collection. The magazine has also been receiving international media coverage. Articles about the publication recently appeared in The Wire and Art & Antiques.