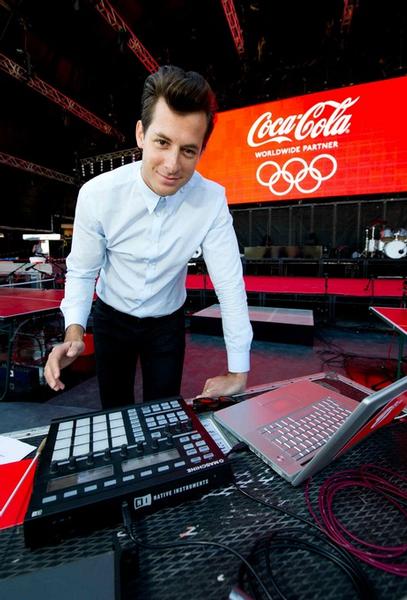 Mark Ronson at the Anywhere in the World track launch in London. CREDIT: DraftFCB PR 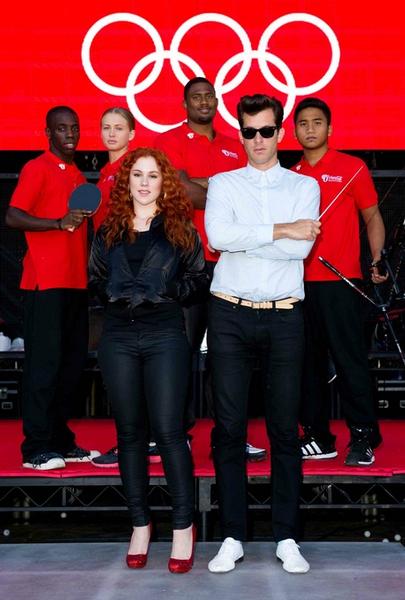 Mark Ronson + Katy B with the Olympians featured on the Anywhere in the World track. CREDIT: DraftFCB PR 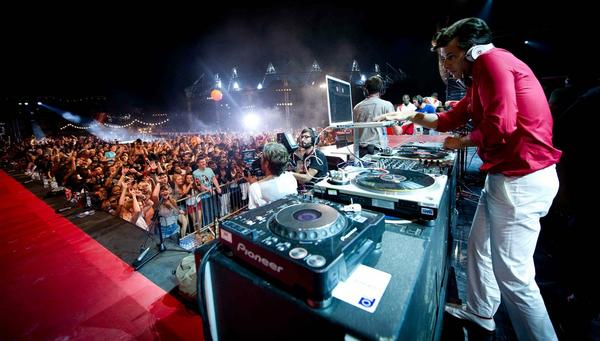 Mark Ronson entertains the crowd at the Anywhere in the World track launch in London. CREDIT: DraftFCB PR

New Zealanders can now Move to the Beat of the Olympic Games as the COCA-COLA Anthem of the London 2012 Olympic Games, Anywhere In the World, has hit the airwaves and is now available for download in New Zealand.

The track is a unique collaboration between COCA-COLA and GRAMMY award winning producer Mark Ronson, which mixes the raw sounds of Olympic Games sports and the beat of London music with the musical talent of international chart-topper Katy B.

As part of the COCA-COLA Move to the Beat campaign, Ronson travelled the world to meet some of the brightest, young Olympic Games hopefuls and record the sounds of their sport in action for the Anywhere in the World track.

“I've been able to do something really unique, meeting these remarkable athletes and recording their sounds to use in this song. It's exciting to be working with COCA-COLA on the Move to the Beat campaign for London 2012” said Ronson.

“COCA-COLA is the longest continuous corporate partner of the Olympic Games and I am delighted that they have now chosen to support my dream of representing New Zealand at the London 2012 Olympic Games. Knowing COCA-COLA believes in me is hugely encouraging and motivating,” says Carrington.

From late June, the four athletes will be featured on the COCA-COLA NZ Facebook page at www.facebook.com/CocaColanNZ and COCA-COLA NZ Youtube Channel where New Zealanders will be able to view Move to the Beat video clips featuring the athletes, listen to the athletes’ favourite music mixes and receive updates about the athletes’ progress at the games.

Visitors to the Facebook page will also be able to listen to Anywhere in the World, access behind-the-scenes clips of the making of the track with Mark Ronson, and try their hand at creating their own Move to the Beat compilation.

Globally, COCA-COLA has released an online app that allows consumers to build their own version of the anthem and share this to the global ‘Beat’ page at www.Coca-Cola.com/theOlympics.  A My Beat mobile app version is also available for download.  From July, consumers will also be able to gain a free copy of the Anywhere in the World track by downloading the local COKE NZ Mobile App.

Limited edition COCA-COLA packaging celebrating New Zealand at the London 2012 Olympic Games will appear on all 300ml cans available in selected accounts from late May.