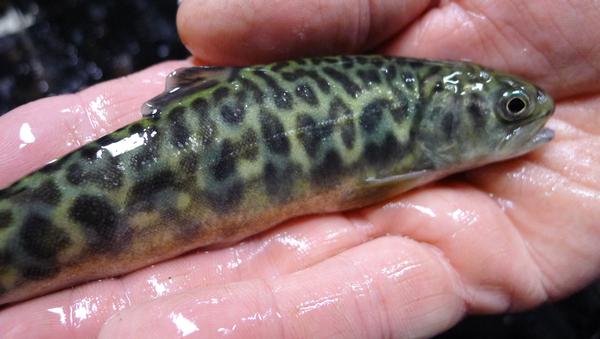 Up close with a baby tiger. CREDIT: Fish & Game NZ 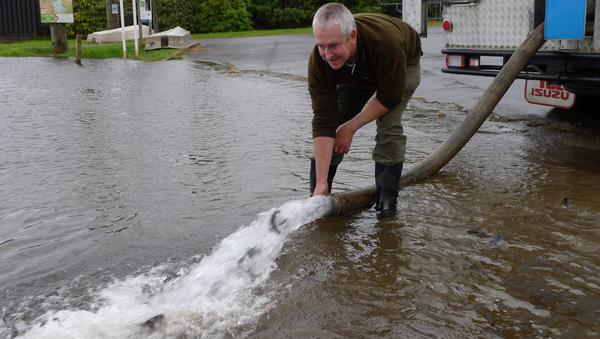 It’s one of the more striking sights you’ll see – young tigers leaping about in the shallows at Lake Rotoma on a cold June day.

Fish & Game Eastern Region has just released 1690 stripy tiger trout into the lake, along with 2000 rainbows.

Fish & Game Officer Mark Sherburn says they’ve “reinvigorated” a programme to rear and release the unique tigers, and are now releasing a significant number into Lake Rotoma every year.

“We’ve upped the ante in response to angler requests. We’ve had success in the past with the programme, but this move is responding to the level of interest we’re seeing from anglers.”

A typical comment from anglers has been “are you still doing them? Keep them going.”

Their attraction to anglers lies in the challenge to “catch something different that is unique and special.” And Lake Rotoma is the country’s only lake stocked with tigers.

The fish don’t fight any harder than rainbows; their appeal is more in the challenge of catching a trout with distinctive stripy markings, which lends itself to being mounted as a trophy.

Traditionally anglers take in fish over about ten pounds to be mounted, but the tigers are so unique that anglers are happy to take in four or five pounders for mounting to a fish taxidermist, Mr Sherburn explains.

The tigers can grow larger than rainbows, similar in size to brown trout. When the tigers are young they are more “brook char-like,” but as they grow bigger they tend to take their behaviour and appearance from the browns. The fish live for a long time – longer than rainbows – and put on good weight when conditions suit.

“The rainbows are mid-water feeders and are like kids,” Mr Sherburn says. “ They zoom round at a hundred miles an hour foraging for food and burning off lots of energy. By contrast, the browns sit on the bottom and mooch along really slowly, so they’re not using energy at the same rate.

“They are often eating bigger food items, bullies and goldfish and stuff like that.”

He’s appealing to anglers who fish Rotoma to contact them with details of any tigers they catch. The yearlings about 15 centimetres in length released have been “fin marked” with the right pelvic adipose fin clipped for identification.

“If anglers catch tigers we’d really like to hear about it. Everything we do has to benefit anglers. In the past, when we’ve reduced tiger numbers, it’s because we weren’t getting much feedback, and thought anglers weren’t catching them.

“If we’re not hearing from anglers saying ‘that’s really good, that’s working, and we’re catching and enjoying them’ then we have to assume we’re not spending anglers’ (licence fee) money wisely.”

Mark Sherburn says that aside from the novelty of being able to fish for tigers, Lake Rotoma has plenty of appeal as a beautiful lake with high water quality.

It is one of the lakes with weed cordons around boat ramps designed to help prevent the spread of aquatic weeds, seen as particularly vulnerable to invasion from some of the worst weeds.

“We remind anglers they need to heed the ‘check, clean, dry (CCD)’ message. Boaties need to be responsible for their own lakes, and for checking their boats and gear before they travel between different waterways.”