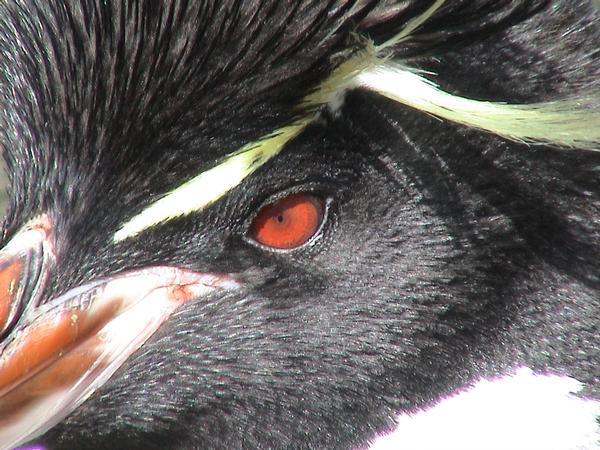 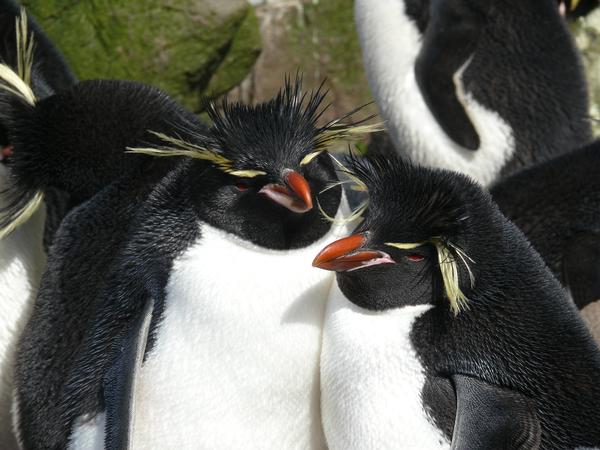 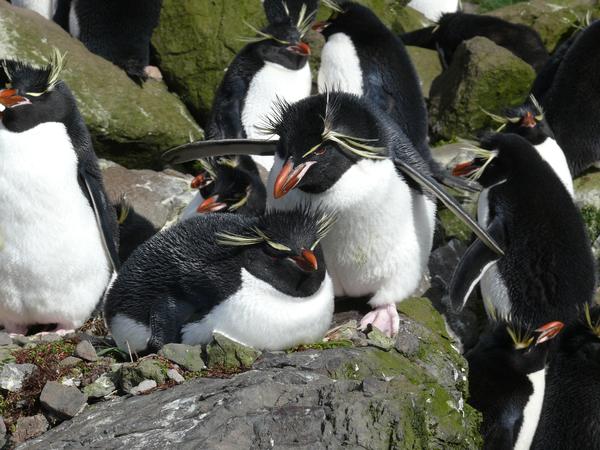 Scientists are poised to solve a mystery. Where do rockhopper penguins breeding in New Zealand’s sub-Antarctic go during the winter? Right now, nobody knows.

NIWA scientists have successfully secured a grant from National Geographic in the United States, to enable a team of scientists to embark on a dedicated trip to Campbell Island. There they will deploy 88 miniaturised tracking tags on penguins’ legs prior to their departure for the winter.

“We don’t know where the penguins go during winter,” says NIWA scientist Dr David Thompson. “It could be a crucial stage in the breeding cycle for them. To successfully raise chicks, they need to come back to Campbell Island at the start of the breeding season in good condition.”

“If they have a bad winter, they will come back to Campbell Island in poor condition. This stage of the annual cycle of the birds is likely to be very significant. To know nothing about where this stage takes place is a crucial gap in our understanding of the factors affecting the penguin populations,” says Dr Thompson.

“They are unlikely to become extinct, in the near future, but this represents a massive decline,” says Dr Thompson.

The data obtained from the tags will, for the first time, shed light on the winter movements, distribution and habitat use of rockhopper penguins in New Zealand’s sub-Antarctic.
Where do you think penguins go?

“I wouldn’t think they go too far, they clearly can’t fly, however they can swim pretty fast,” says Dr Thompson.

“They leave Campbell Island in April, and don’t reappear until early October. That gives them a few months to go exploring. I suspect they don’t go too far south, nor are they likely to go too far north. They probably stay at the same latitude, but disperse away from the island, spending that time feeding and regaining condition.

“When penguins finish breeding and the chicks leave the island, the parent birds disappear off to sea for a month to feed. When they come back, they are very large and fat. They sit on the breeding site and moult. They don’t move or feed for a month.”

We know that penguins that breed on the Antipodes or Bounty islands turn up at Campbell Island to moult.

What caused the population decline?

One theory is that the population crash is the result of changes in the penguin’s diet.

“We don’t think that they have changed their diet. We think there is just less food. They eat little krill, crustaceans, juvenile and small fish and small squid. They have quite a broad diet. It’s thought that fluctuations in sea temperatures may have led to a reduction in the abundance or availability of their prey,” says Dr Thompson.

The rockhopper is a crested penguin, standing  approximately 40 cm tall and weighing up to 4 kg. Its distinctive features are its bright red eyes and long yellow crests that stick from its head. “We don’t know why they have red eyes, but it’s probably part of social signalling between birds” says Dr Thompson.

The males return to their breeding colonies in October and the females follow a few days later. Competition for nest sites can be fierce, with frequent fights over them.

Rockhopper penguins breed in colonies on rocky coasts, in the open, or amongst tussock.  After making a nest of stones and grass, two eggs are laid. The first egg often hatches after the second egg but the chick from the first egg rarely survives to fledging. The chicks fledge in February and the adults return to sea for the winter after moulting in April.

The tracking tags will be retrieved at the start of the following breeding season in October 2013.