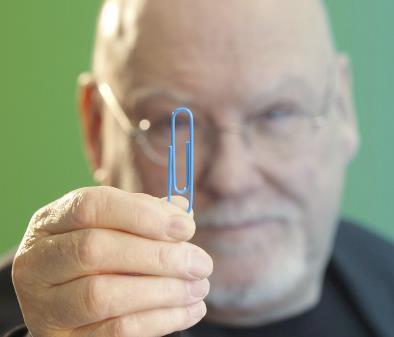 Sir Ray Avery has signed on as the ambassador for the New Zealand Innovators Awards CREDIT: Bayer New Zealand Limited

One of New Zealand’s best known innovators, Sir Ray Avery, is calling upon kiwi innovators and innovative organisations to get recognised.

As ambassador for the New Zealand Innovators Awards, which are now open for entries, he sees recognition as a key component in advancing innovative ideas and technologies.

“I encourage you to enter the Awards. I did, and I won, and it changed everything. Get out of the laboratory, or your shed, and encourage others to do the same thing so we can all celebrate how clever we are as Kiwis on the world stage - it’s our time to shine”, says Sir Ray.

The New Zealand Innovators Awards celebrate and recognise great kiwi innovations, inventors and organisations that have invested in developing new products, services and ventures as well as improving the performance of their people and teams.

Sir Ray was a winner at the awards in 2008, when they were known as the Bayer Innovators Awards.

Bayer is once again the main sponsor, in partnership with Idealog Magazine and Ideas Accelerator.

“After the success of the awards re-launch in 2011 which saw over 120 entries from some great New Zealand innovators, we are really excited to be involved again this year,” says Bayer Corporate Communications Manager William Malpass.

“Bayer is recognised globally for being a highly innovative company, and so it is important that we help to recognise and celebrate the innovation going on here in New Zealand.”

The awards are a great way of celebrating innovation across a broad spectrum of areas, disciplines and industries. “We have many innovative organisations here in New Zealand, so as a nation we need to shout about our success loud enough for the rest of the world to hear,” says Louise Webster, owner Ideas Accelerator and awards director.

Enter now or to nominate someone for entry into the awards, go to www.innovators.org.nz