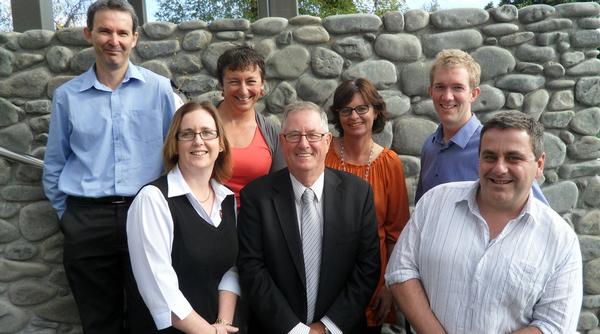 A team from Hastings District Council came up trumps at the Australasian Grand Final of the Local Government Management Challenge in Melbourne.

The Hastings team won the right to represent the country after taking the New Zealand title in Wellington in May. 114 teams began the competition with the seven regional winners from Australia joining Hastings in the final.

The teams were given seven topical tasks which needed to be completed in one day. The tasks included presentations, writing reports, role playing exercises, and conducting interviews.

She says “The main focus is on professional development, however the format introduces a competitive element. The competition is recognized as a platform for excellence in local government, and carries a lot of prestige for Hastings.”

Tanya Winter says “An example of the type of tasks undertaken was one where the teams had an hour to read and understand a 30 page document on place based leadership and governance. Members of the team were then required to lead and present a brainstorming session on how the principles included in the document could apply to Hastings.”

Team Leader Shane Lambert says “All members of the team have really grown in terms of management skills, strategy development and knowledge from the challenge preparation and participation."

The LGMA challenge has been running for 20 years. This is only the third time Hastings District Council has competed and the first time it has won. A New Zealand council has not won the Australasian grand final since 2006.

Second place went to the City of Salisbury Council which is located 25km North of Adelaide. Third was the Tablelands Regional Council from Far North Queensland.