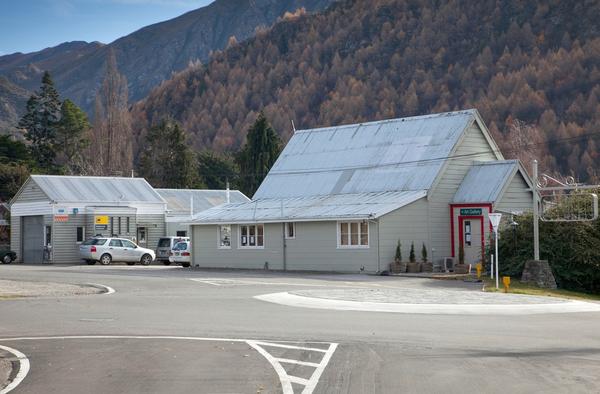 The proposed site for Arrowtown's much-needed petrol station is on the market for sale. CREDIT: Bayleys

The rapid development of tourist amenities at one of New Zealand’s premier tourist destinations has left out one vital part of the commercial jigsaw, according to the head of the town’s tourism body.

The quaint scenic settlement of Arrowtown in Central Otago attracts some 385,000 tourists – both domestic and international – throughout the year.

Bars and cafes in the historic gold-mining resort town are thriving - some undergoing refurbishment to keep up appearances, the town’s arts and crafts sectors are trading strongly, and the nearby golfing resorts of Millbrook and The Hills are now on the Kiwi golfing ‘must-do’ list.

Yet the town no longer has an operating petrol station. And Arrowtown Promotion and Business Association manager Sue Patterson said the time was right for one to open up again.

The town’s last petrol station, operated under the Mobil brand, closed some seven years ago. Now the nearest fuel pumps are 13 kilometres away to Frankton.

Ironically, the old Arrowton service station is now on the market for sale, and locals are hoping a new owner will recognise the need for a rejuvenated fuel station and look at re-opening on the site.

“If you’re an Arrowtown local, when you see the fuel light go on the dashboard of your car, you don’t go any further than Frankton without filling up,” Ms Patterson said.

Ms Patterson said she remembered viewing a development proposal to build a service station on the site about a year ago, but is unaware if the plan was ever formally lodged with Lakes Environment resource management agency.

“Any planned development for a petrol station, provided it fits in with the historic aesthetics of Arrowtown’s architecture and buildings, would be a welcome addition,” she said.

The site where the old service station was located also includes a vehicle repair yard operated as Shamrock Motors, opposite a church built in 1903 and now housing an art gallery specialising in New Zealand art, and a picture framing business. The buildings sit on 1538 square metres of land which is up for sale by tender through Bayleys Queenstown. Tenders close on July 20.

Bayleys Queenstown salesperson Simon Beadle said the mechanics at Shamrock Motors were asked on an almost daily basis if they sold petrol.

“There’s obviously a need for a petrol station in Arrowtown to cater for not only the local market, but also for the huge numbers of tourists coming through. The corner site is perfect as it has traditionally been a services station…. all we need now is someone to come along and develop it,” Mr Beadle said.

“The owner of Shamrock Motors is very keen to talk to any new owner about extending the terms of his lease. The servicing business has substantially invested in plant and machinery – such as vehicle hoists and workshop bays.

“Both Shamrock Motors and Arrowtown Gallery provide holding income until the necessary resource consent for a potential petrol station is acquired by any new owner.”

Shamrock Motors has a month-to-month lease in place, although the company is willing to negotiate a new extended lease with any potential new owner. Meanwhile, Arrowtown Gallery has a three year lease in place through to 2014 with three further three-year rights of renewal.